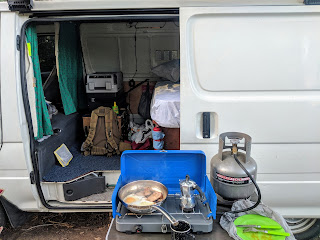 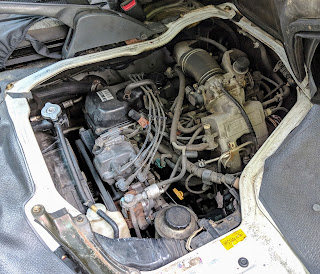 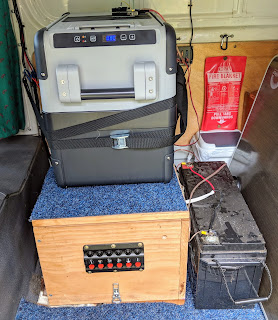 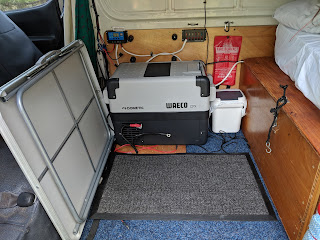 Lots more space now but I miss the switches. For now I'm happy to simply plug things in to the Anderson Powerpole box I've mounted on the wall but later I'll mount switches somewhere for convenience.
Posted by Peter Marks at 8:07 PM