multimon-ng comes from here. I found the frequency by running CubicSDR.

USB-C is clearly the future of desktop peripheral connection and it's great to see products appearing that leverage this new plug.

I plugged the new Logitech Brio 4K Pro Webcam into a 12" Macbook via the USB-C cable that came with the laptop for charging, it's the first time I've used it for anything more interesting. Here's how it looks (I hadn't removed the protective plastic at this point). 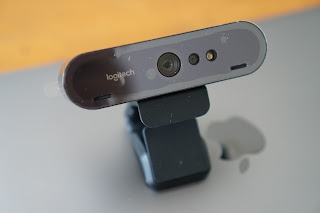 The camera itself is 27mm high and 102mm wide. There's an "on" light, the lens, a microphone and presumably a flash along the middle. Below are left and right microphones.

Note that I did not go and download any extra software before plugging it in so that I could see how the device works "out of the box" on macOS. All good! The camera simply appears as an extra device in standard video apps including FaceTime and Photo Booth. 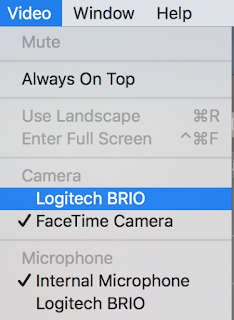 Here's a comparison with the built-in FaceTime camera in the MacBook. On the left is the Apple built-in camera, on the right is the Logitech Brio. 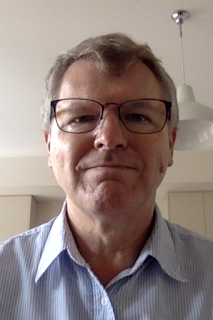 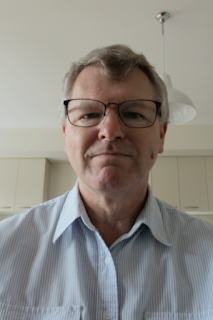 The Logitech camera is more wide-angle which would be better for capturing a meeting room or small group for a video call. I have to say that the Apple camera is pretty good and if you just want to have video calls from an Apple laptop then you probably would just use the built-in camera.

Image quality seems a little soft, I'm not sure that the auto-focus works as I'd expect.

Physically the camera's stand is very clever and the rubber coated clamp mechanism allows the camera to be mounted on a laptop screen or to stand on a desk with ease. 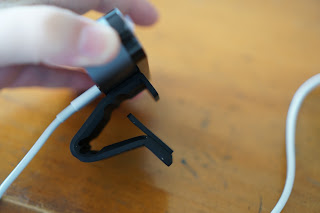 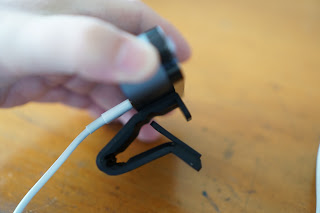 You can squeeze the clamp and it stays put either gripping a screen of various widths or just standing on a surface. The little stand disconnects to reveal a standard 1/4" tripod socket which is very convenient.


Additional "settings" software is available for download. It takes almost 70Mb of space once installed which is a little more than I'd expect.

Image quality viewed through the settings software is much better which suggests that video conferencing apps are not making use of the 4k resolution. Also there is the option of a 90 degree wide angle mode - so the default is zoomed. (Click the image below to zoom in). 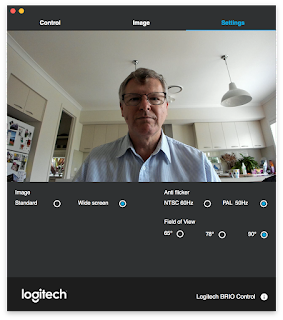 The first panel lets you zoom the camera in and digitally pan left, right, up or down. 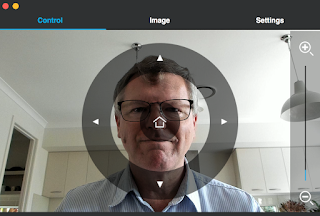 There are also additional controls for the image.

Surprisingly (to me) you can run the camera control app along side another app using the camera and make adjustments, here it is zooming in while using FaceTime. (I'm available for a Terminator re-boot by the way... oh). 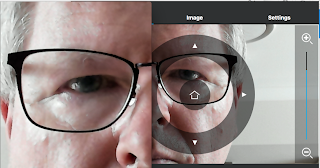 The Logitech Brio 4K Pro webcam retails for AU$379.95. On a Mac it worked "out of the box" with existing apps including FaceTime and Skype. It did not work with iMovie X for some reason.

If you have a computer with USB-C then it's fantastic to have a peripheral that can plug right in. Logitech includes a USB-C to USB-A cable in the box so no problem if you haven't moved yet.

The image quality is good but looked a little soft, this might be that what I'm comparing to has done extra sharpening. Detail in shadows is better than the build-in camera on an Apple Macbook but might be much better than some other laptops.

As a camera for videoconferencing the 4K resolution is really a waste but the ability to zoom in on part of the frame makes the extra pixels useful.

My thanks to Logitech Australia for the loan of a review unit.
Posted by Peter Marks at 11:06 AM No comments:

I was very impressed by Peter, VK2AQJ's method for standing up a squid pole for supporting his portable antenna and decided to reproduce it. Some 20mm angle aluminium and angle brackets was purchased at the local hardware. The aluminium I got was 1.5mm thick and 1m long. 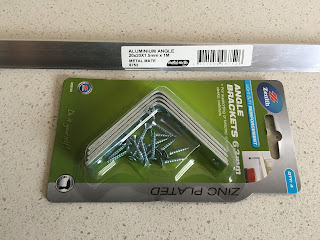 Hack-sawed a point to make it easier to push into the dirt. 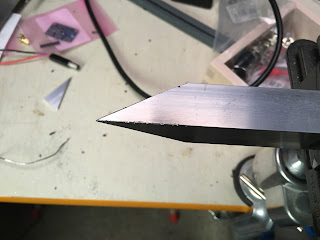 The right angle bracket is bolted on and can be used to push the stake in with your foot. 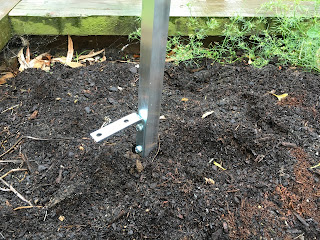 Peter had also added a screw terminal so it can be used as a ground connection but as I'm using a dipole decided to skip this.

In use I feel that 1.5mm aluminium and the angle bracket are a bit low in strength but probably OK as this is QRP we're doing here.
Posted by Peter Marks at 2:16 PM 2 comments: 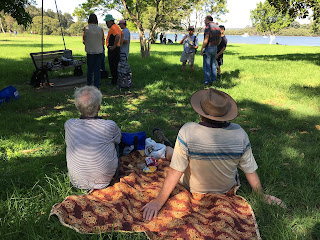 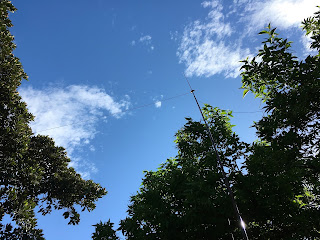 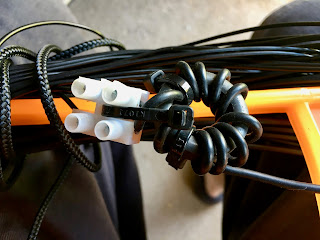 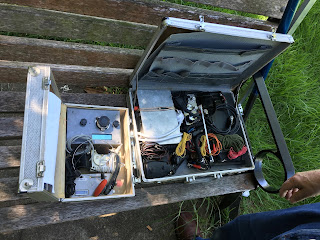 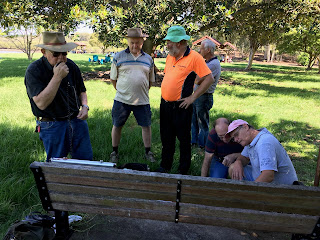 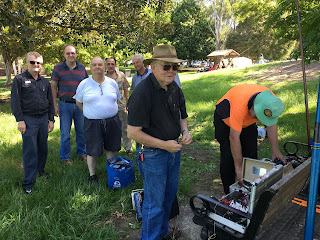 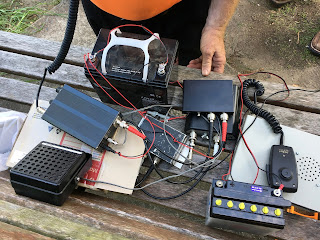 The only downside of the location was that while we had chosen it because of the proximity of both rail and bus stops, there was rail work going on so no trains were running and because of this buses were irregular. Being a lovely day, the car park was full and it was hard to find a good spot to set up.
Posted by Peter Marks at 9:26 AM No comments:

My spot on ABC Radio National about the WikiLeaks CIA hacking revelations.
Posted by Peter Marks at 9:03 AM No comments:

This morning's radio spot with Fran Kelly on ABC RN.
Posted by Peter Marks at 7:38 PM No comments: