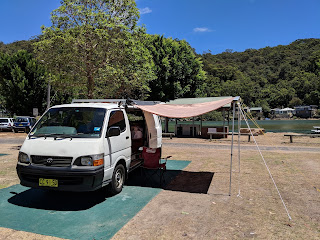 Following on from the test night out at Cattai National Park, I've just returned from a ten day trip in northern NSW.

Along the way I enjoyed some lovely country and met some friendly people. In the last few days however it became uncomfortably hot and humid and I ended up in a motel.

The van went well although I'm still optimising where to store frequently used items. It's important to park in the right orientation so that the van shields me from the late afternoon sun which gets low enough to get under the awning.

There was a little ham radio activity although I got told off for hanging a "clothes line" up in one location. 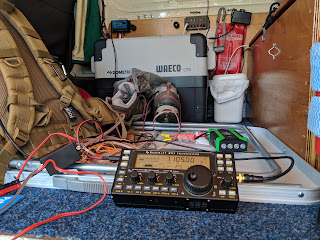 I struggled to put up the awning on my own. Only after serval nights did I realise that the extra poles were for the sides, even so it was hard. One night my neighbour had a similar awning he'd put up on his own. He was missing a leg from bone cancer. We had a beer and an entertaining chat. 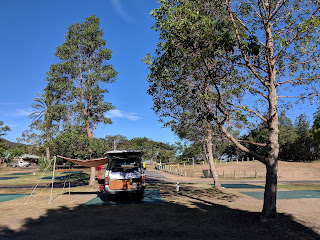 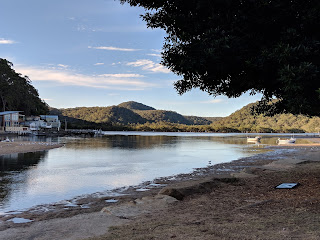 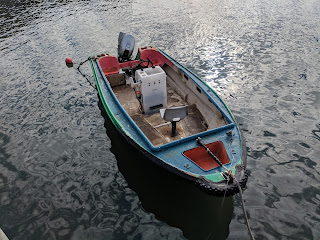 There are amazing vans around, this "teardrop" trailer caught my eye. It was built by a boat builder. Early models suffered from water ingress while in motion. This was fixed by adding a scoop that causes positive pressure while moving. 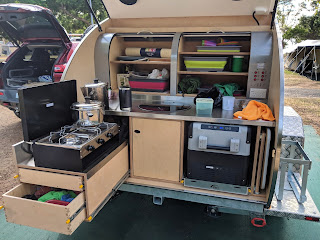 In the distance here you see the crowded powered sites while my area, the unpowered sites, is nice and clear. 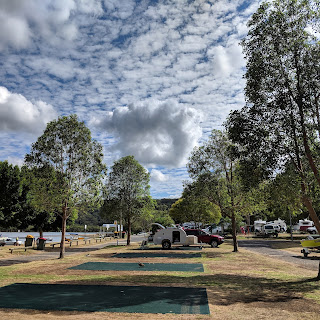 People are friendly in caravan parks, particularly in the unpowered sites. I waved at a nearby couple who were setting up a small tent, plus various bits of gear including small stoves and lights. As the sun was setting they came over to say hello. They had cups of tea, I was slightly embarrassed to be sipping whiskey. "We're not a couple" she said almost immediately, "that must be challenging in that tent" I commented. 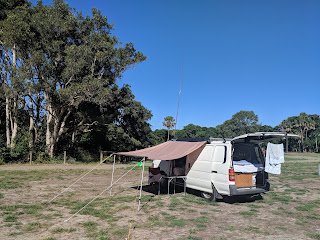 I slept very well, going to bed as the sun set around 8:30pm and rising early to watch the sunrise. 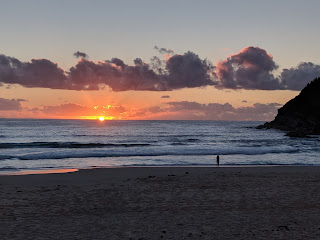 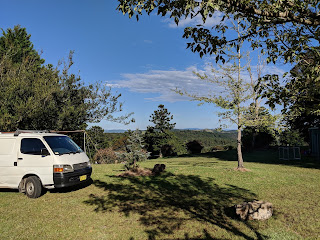 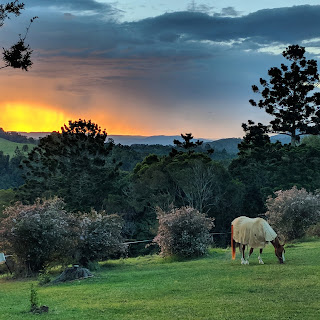 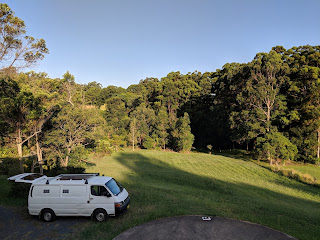 Lovely Repton for a quick visit on the way back: 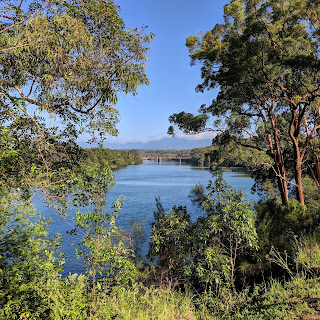 On the last day the van was difficult to start. The starter battery had trouble turning the engine over. The van has always started easily but my volt meter showed that the voltage was low. I headed for a battery shop who tested the battery and found it at about 20% capacity. It was manufactured five years ago so I replaced it for $160. Hopefully that's the last mechanical repair for a while.
Posted by Peter Marks at 6:30 AM