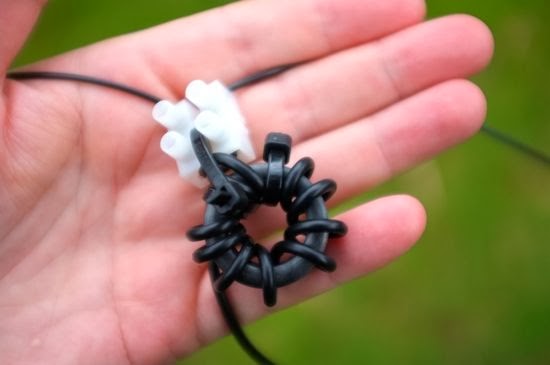 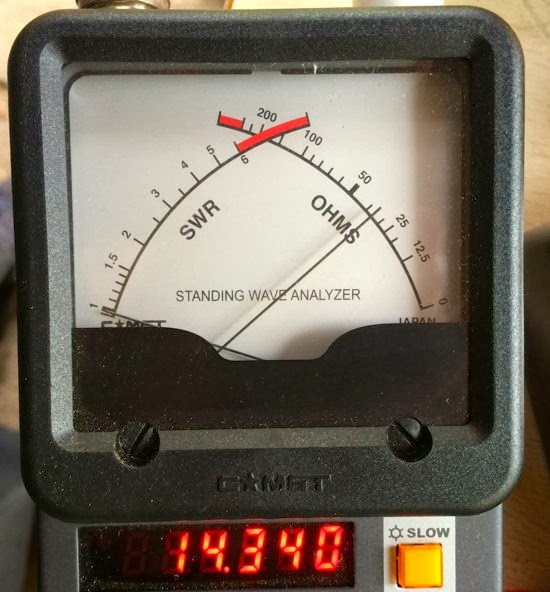 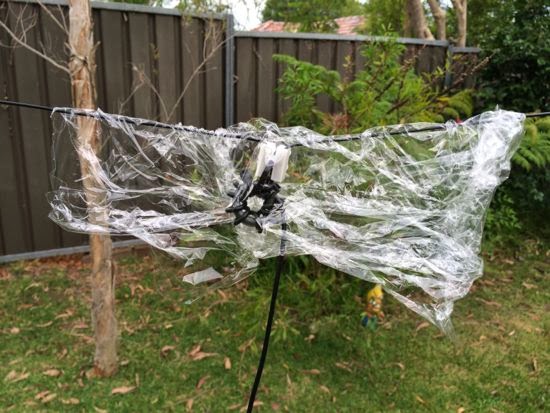 I've had a series of test contacts with Mal, VK2BMS. This antenna is better than the short Ozi-pole dipole but not as good as a full dipole on the roof - pretty much what you'd expect.
Posted by Peter Marks at 7:20 PM 1 comment:

Getting started with Bluetooth LE iBeacons

Recent devices include Bluetooth 4 which is able to run in a low energy (LE) mode and ping out a beacon running on a small battery for up to a few years. I purchased a few samples from Estimote that look like this: 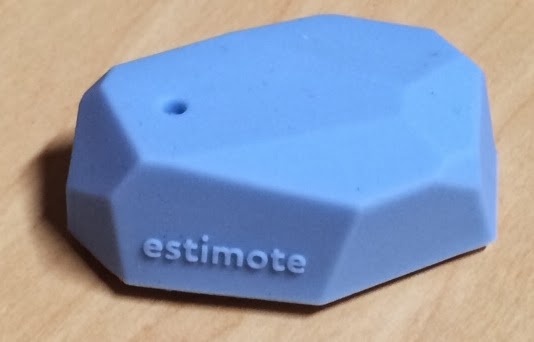 It's also possible to use a Raspberry Pi with a USB bluetooth 4 dongle (I bought a Targus one for $40) to make a beacon. I followed instructions and it worked out of the box.

With this software you can make a beacon that emulates either Apple's AirLocate samples or beacons from any other vendor including Estimote, Radius, RedBear Labs, TwoCanoes or any others.

To scan for beacons, (without writing a specific app), there are a few iOS apps including the Estimote app and "Locate iB". On MacOS there's an app that can find any beacons in range called iBeaconScanner:

By pretending to be an Estimote beacon you can use their app to scan too: 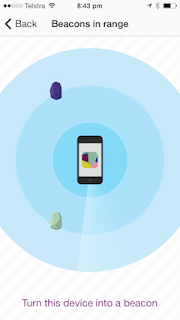 All good fun. I'm sure we'll see these things everywhere within the next few years.
Posted by Peter Marks at 7:38 PM No comments:

An earth stake for the shack

I seem to have problems with RF feedback in the shack when using any kind of end fed antennas. Dipoles do better for me. I'd commented on this a few times and today local amateur, Robert, VK2ZNZ very kindly arranged for a beautiful copper coated steel stake to be hammered in to the ground. 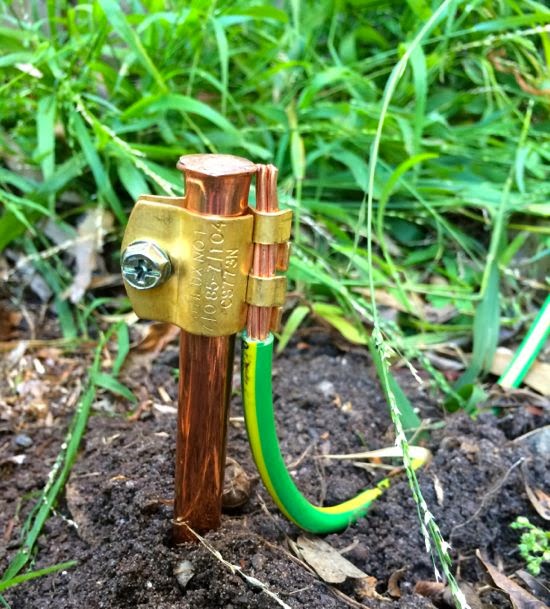 Robert has been mysteriously absent from the Sunday morning 80m callback in recent weeks but it turns out the reason was that he's had a hip replacement so he availed himself of my shack's comfy chair: 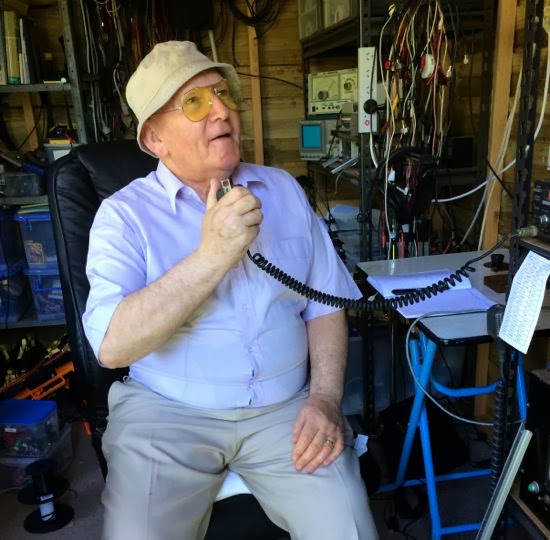 Thanks very much for your kindness Robert!
Posted by Peter Marks at 5:21 PM 2 comments: