This appeared in the lift last week. 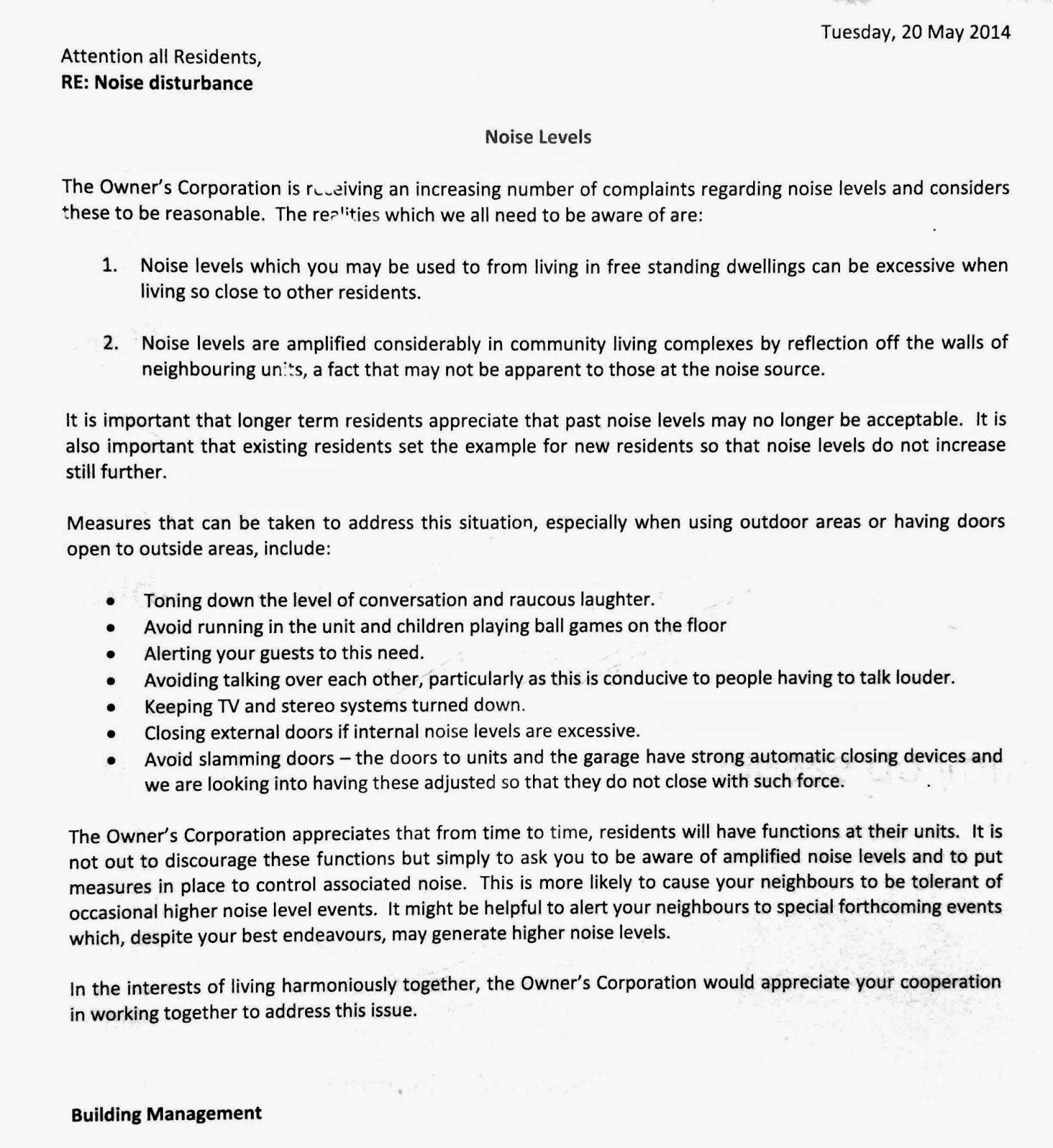 Most interesting. I'll have to avoid raucous laughter and talking over other people.
Posted by Peter Marks at 9:08 PM No comments: 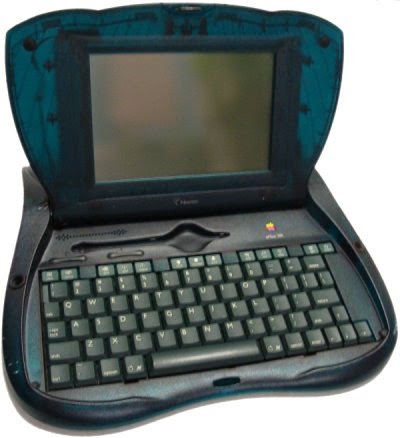 The whole idea is a reprise of a past product, the eMate, which was a laptop version of the ill fated but much loved Newton. The App eco-system would provide a rich set of applications that would need a little tweaking but port over quickly. Many apps already work well with external keyboards. Without touch presumably a "mouse" cursor would be needed but not much else.
Posted by Peter Marks at 7:22 AM No comments:

First look at the Intel Galileo embedded linux board

I've just received an Intel Galileo board and am starting getting to know it. In the past I've used Arduinos for low level hardware "bit bang" style projects, and Raspberry Pi or Beagleboards where a little embedded Linux is needed - both are great for their purpose.

The Intel Galileo is kind of a mash up between the two worlds, underneath it runs Linux and it has software that emulates the Arduino's hardware enough for many sketches to run as they are. 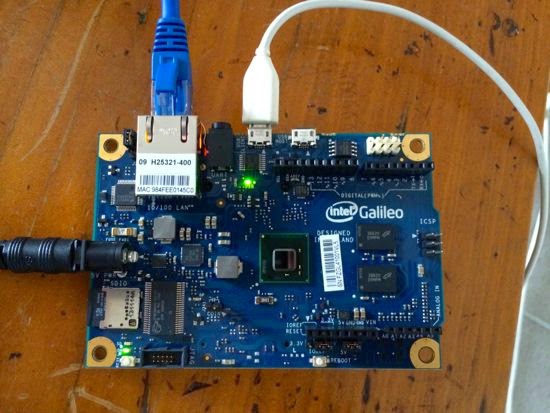 You can see that it includes the standard, weirdly offset, Arduino sockets for taking "shield" boards.

The board is just 7x10cm and pretty capable:

First up I wanted to try it as an Arduino emulator. I connected a microUSB cable from my Mac to the USB client port on the board.

The version of the Arduino development tool which has been modified for the Galileo can be downloaded from Intel's download centre. Annoyingly it's also called Arduino, so will collide with the normal Arduino app unless you rename one of them. (I read that spaces in the name are a bad thing by the way).

Choose the virtual serial port and choose "Firmware update" from the Help menu.

The update was faster than the 5 minutes they warned about. After the update I had to quit and re-launch the Arduino environment.

I selected the Blink example from the sample sketches bundled with the environment, clicked compile and then run.

Now we see a little blinking green LED on the board, just like a real Arduino.

But this seems a waste of a Pentium CPU with a quarter of a Gig of RAM!

Sketches can fire off linux commands using a system() function.

I plugged a short ethernet cable from the port on the back of my Mac directly in to the ethernet port on the board. (Macs don't need crossover cables). To bring up the interface on linux you need to write a sketch to configure the interface and start the telnet server.

I ran the sketch. 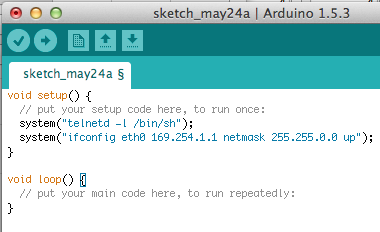 And I can telnet to the board:

Interesting, I guess the Arduino software loader uses zmodem, that takes me back to the old dial up BBS days!

There’s a /sketch directory containing sketch.elf which is the binary of the sketch I’m running.

The little Yocto Linux distribution in the 8GB of onboard flash is pretty basic and doesn't have ssh for example so it's time to upgrade.

There's a larger Linux distribution from the Intel download centre.

I found a spare uSD card, stuck it in an SD adapter and stuck it in to my Mac, a USB reader would do.

The Linux image is compressed with 7zip. I think I have that from Homebrew so you might need to find something else to uncompress the file if you don't have that.

I extracted directly to the root of the uSD card like this:

Unmount the uSD card. Power off the Galileo board, insert the uSD card and power up. Lights flash enthusiastically for a little while.

To find the IP address the board has taken I use arp on the Mac:

I can see the on board 8GB there so presumably that could be wiped and used as a drive if you’re booting from the uSD card.

There's lots of standard utilities, sshd, python and node are there so it’s a very familiar environment. Plus there’s the Arduino emulation software as well.

At around $110 plus shipping the Intel Galileo makes an expensive Arduino, but as an x86 Linux board it seems like a bargain. (It comes with a beefy 3A 5V power supply which explains part of the price).

I'm keen to see the things that this extra processing power can handle that a Raspberry Pi would not be able to cope with, things like FFT processing for real time signal processing. (I'm looking at you FreeDV...).

I realise the on board space is short but it might be nice if the network port was able to join a network and at least listen for telnet without the need for a sketch or uSD card boot to get to Linux. Presumably they want users to at least try the Arduino emulation side of the product.

My sincere thanks to Intel Australia for early access to the board.
Posted by Peter Marks at 8:43 AM No comments:

Dave, VK3ASE, is a prolific video maker. Recently the quality of his work is extremely good. For a taste, check out this story about a Gibson Girl SCR 578 life boat radio he found washed ashore in Melbourne.