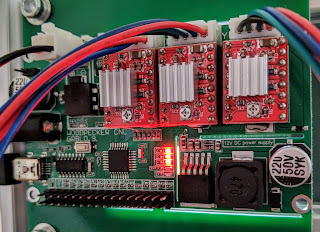 I'm still a long way from etching copper boards but progress is being made.
Posted by Peter Marks at 1:15 PM