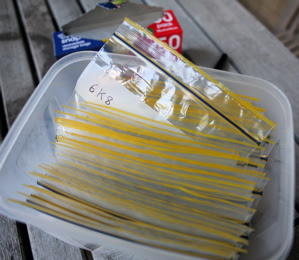 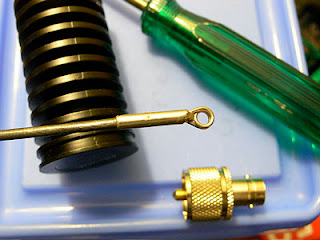 Ha, just noticed that if you google for squid pole, the first link relates to antennas, it seems they are also used sometimes for fishing.
Posted by Peter Marks at 3:13 PM No comments: 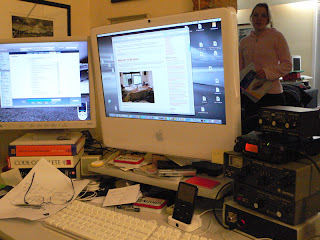 The transceiver is tuned to 80m via a long co-ax run through the wall, then ceiling and out to the top floor to a very narrow trap 40m and 80m dipole. Lots of activity these days on HF.
Posted by Peter Marks at 9:36 PM No comments:

Regrettably, Darwine isn't quite up to supporting this application just yet, seems to be missing some functions in the 3d graphics area which I think are used in those fancy spectrum displays. Can't wait for the day I can run this on my Mac.
Posted by Peter Marks at 5:14 PM 2 comments:

The random/long wire tuned up really well on 40m and 20m using an Emtron tuner I picked up on eBay, I've constructed a tiny tuner of my own, in an Altoids tin, but currently it doesn't work as well as the "bought one".
Posted by Peter Marks at 3:57 AM No comments: 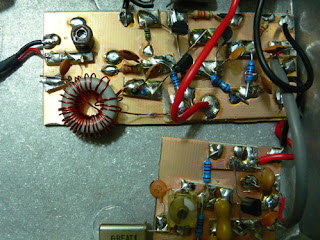 This is also my second project using the "Manhattan Pad" technique which I'm very comfortable with now.
Posted by Peter Marks at 6:03 PM No comments:

Yeah, I know, not statistically significant.
Posted by Peter Marks at 6:02 PM No comments:

I'm making this up, it might not be on the agenda at all, but it is possible.
Posted by Peter Marks at 1:07 PM No comments: