A few months ago I purchased a low cost 3D printer. I had just one project in mind but that was enough to get me started. The Creality Ender 3 v2 is excellent value for money and I've had good success with it.

Bed levelling is important for the success of prints. I had it right for a while but it drifted off which led to some prints not adhering to the base. A YouTube video suggested that replacing the wire springs with machined springs to improve the stability. At $8 for 10 it was not a big investment.

Here's a new spring along side the ones that came in the printer: 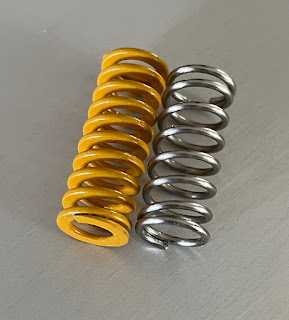 You can see how the spring is used to push the base plate up from the adjustment knob. 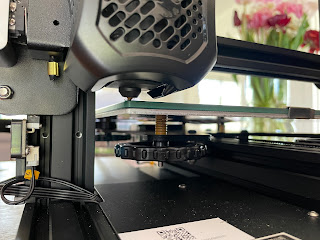 The new springs are slightly taller than the originals so I had to slide the print head limit switch up a bit. Doing this upgrade has helped me better understand the printer.

It's a week later and I've just had to re-level the bed. I would have to say that replacing the springs has not been the miracle cure I was hoping for.

I started by using Blender for 3D design. It is great but overkill for this sort of thing. Several people mentioned Tinkercad which is a web based, but free, solution. I miss some of the advanced features but it is easier to use. Recently I made a little box to hold a TTGO ESP32+Display board: 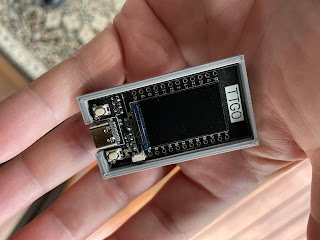 Here it is in Tinkercad: 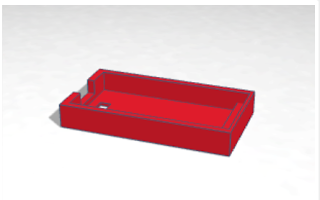 To be honest a 3D printer at home is a bit of a solution looking for a problem but no ham radio station is complete without an official station callsign statue: 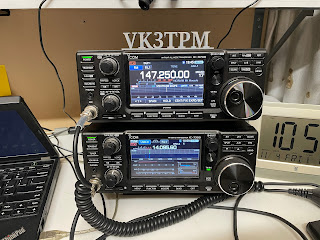 There's a lot to learn about designing and printing 3D objects but my experience so far has been very positive.

It's silly but sometimes I feel sorry for the printer when I send it a complicated job to print.

We live in an amazing age.