My 3D skills are improving. This morning I was out testing an end fed half wave supported by a squid pole and a tree. Attaching a wire to the top of a squid pole is troublesome. The top segment is too flexible so I tend to use the second segment but attaching a wire to the tube is difficult and although duct tape works - it's messy. I've considered dog clips but don't want to squeeze the tube and risk it cracking.

I had an idea - a cylinder with a hole for the wire which can be dropped over the end of the squid pole. 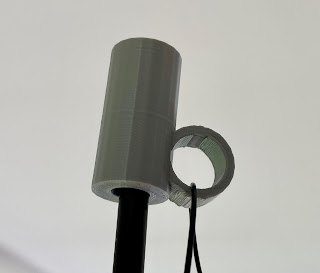 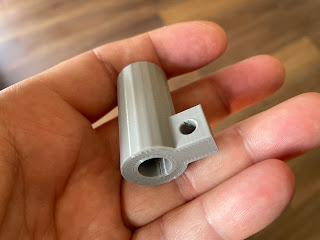 It's a simple object and the 3D print is strong enough for QRP use. Marvellous to be able to think of an object and make it in just a few minutes.