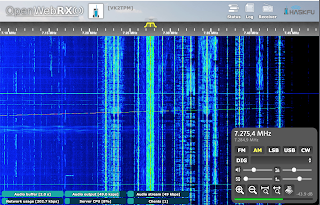 It's great that there are increasing numbers of web accessible receivers available. In these times of high noise levels in the cities it can be practical to have a contact by transmitting from home and receiving via a remote receiver.
Posted by Peter Marks at 8:39 AM