A video of a presentation by Ashhar Farhan, VU2ESE, has been posted and I can't recommend it highly enough. He describes a new design for what looks to be an easy to build SDR based around a Raspberry Pi. Along the way, Ashhar also clearly explains many of the key parts of how a Software Defined Radio works.
The paper that goes with it can be viewed here. Thanks to Stephen, VK2BLQ, for drawing my attention to this and for Bill at Soldersmoke for the link.
Today is a bit sad for me as I'd hoped to be going to MayHam at Wyong but due to a pandemic lockdown in Melbourne I'm unable to leave my home.
Posted by Peter Marks at 4:17 PM 1 comment:

A visit to Paul Taylor, VK3HN. 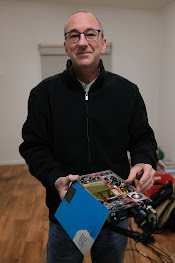 I have been a fan of Melbourne ham radio home brewer Paul, VK3HN's blog and YouTube channel for some time. We met a few years ago at Peter, VK3YE's QRP by the Bay but I discovered that he lives not too far from my new home in Thornbury so I invited myself over for a visit.

Paul's blog is of a very high standard, well written, with extensive technical information about his projects. In recent years, projects have been demonstrated and explained with well made videos as well.

Projects cover the spectrum from small portable CW rigs all the way to a high power AM transmitter using the efficient Class E mode.

There's a few things that stand out to my eye - Paul tackles complex projects with a logical modular approach, often building on tried and tested standard designs but without fear of trying more challenging designs. 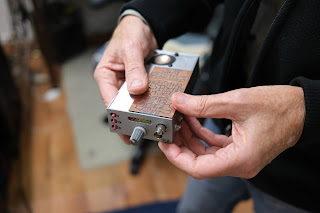 Most striking of all are the cases which are custom fabricated from aluminium angle stock and sized to snugly fit the enclosed circuitry. 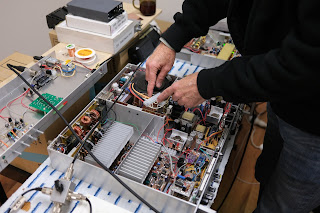 Thanks Paul for an entertaining and educational evening tour of the shack.

Incidentally, you can hear more from Paul at HRDX via SolderSmoke and a terrific interview on QSO Today episode 298. 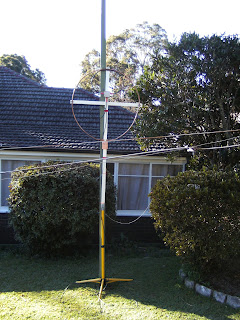 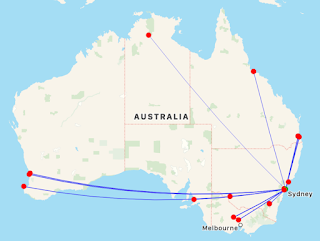 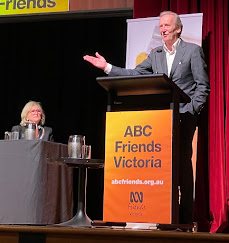 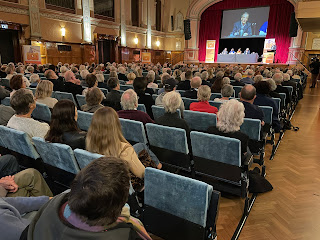 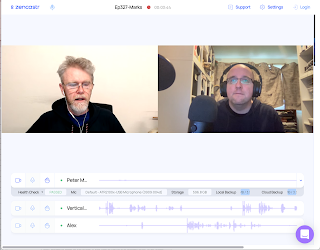 It was my pleasure to be a guest again on the Vertical Hold podcast this week.

In this week's episode: "What’s the tech behind BitCoin’s booming rivals like Ethereum? What are ‘smart contracts’? Why would you build an AI bot and give it dementia? Guests Access Informatics’ Peter Marks and Dementia Australia CEO Maree McCabe".

Hosts Adam Turner and Alex Kidman run a tight ship and it was fun for me to experience Zencastr for the recording which records each guest locally in high fidelity and then uploads their audio. 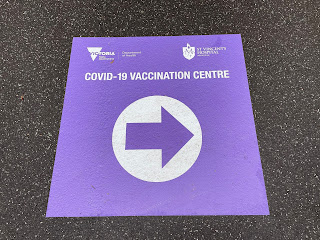 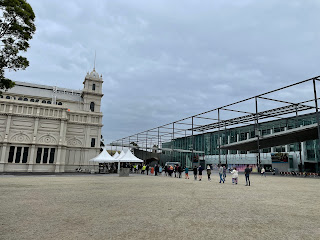 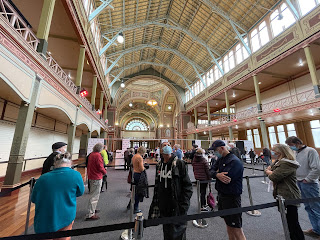 Suggestions for the vaccination centre:
Side effects
My arm started feeling warm almost immediately. A few hours later it's a little sore and I have soreness under my arm. One day after the first jab I felt general muscle soreness. Took paracetamol. Felt very tired and had a sleep for a few hours in the afternoon. Day two, arm still sore but no other discomfort.
Posted by Peter Marks at 9:42 PM No comments: