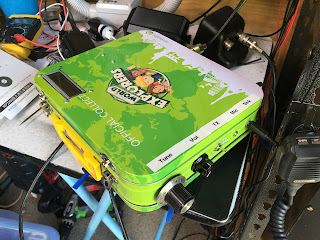 
I did run into insufficient space on one of the Arduino I had in the junk box but another worked fine. My fork of the code is available on github here. Having done all this, I'm now having second thoughts and am considering doing what Peter VK3YE did and using a ceramic resonator for the VFO.
Posted by Peter Marks at 11:32 AM No comments:


The cyclist on the right who you see briefly in this video told us that he'd attempted a height record with a kite. The kite's angle could be remote controlled and got to about 13km of string.
Posted by Peter Marks at 10:21 AM No comments: 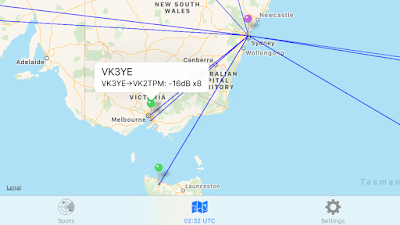 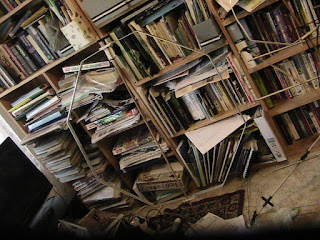 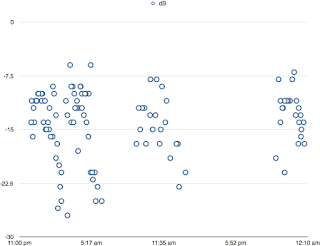 It might be that the better S/N in the early hours of the morning is more to do with lower noise from the neighbourhood than propagation.
Posted by Peter Marks at 1:01 PM No comments: