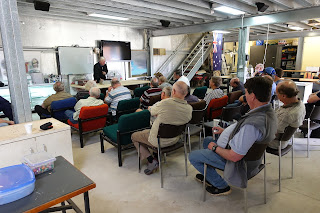 This week we dispensed with a lecture format at the ARNSW Home Brew Group meeting and just went with show and tell.

Actually it worked out well. Normally the show and tell tends to be a delay before we get to the lecture but this time it was nice to take it all at a relaxed pace. Of particular interest (to me) was Peter R Jensen, VK2AQJ (author of "Wireless at War") who brought along a compact HF radio that used to be used by the CIA and SAS called an AN/PRC-64.

Great to see everyone, some had travelled great distances to attend.

Clifford Heath demonstrated the HackRF One and got me motivated to go home and fire mine up. Last time I tried it there was no operation but it turned out I'd mistakenly grabbed a USB cable that was charge only.

As always, Tim was working to keep everything running smoothly. A national treasure. 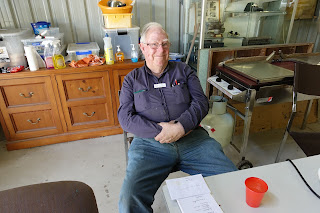 Posted by Peter Marks at 6:58 AM No comments: 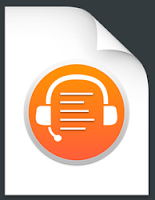 The app is now available in the App Store here.
Posted by Peter Marks at 5:17 PM 2 comments:

This morning I thought I'd listen to the ARNSW Sunday broadcast on a Mac using an RTL-SDR dongle, just for a change. 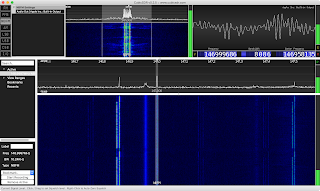 I like CubicSDR largely because of the nice keyboard commands for tuning around and zooming.

Next I ran GQRX 2.5, which works well. I noticed I could also receive the broadcast on 1273.5MHz. 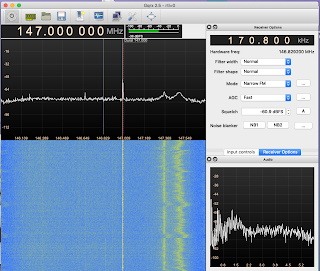 Finally I stumbled across waveSDR in source code format by Justin England or getoffmyhack. 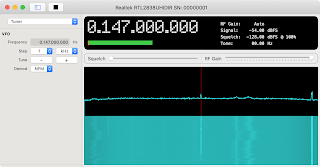 This is a wonderful piece of source code in modern Swift, very clearly written. Thanks Justin! It seems to have a memory leak and there's a runtime warning about reading a view's bounds off the main thread.

I had a bit of trouble figuring how how to tune it, the secret is to choose Tuner from the popup in the left panel. You can also click on the spectrum but dragging doesn't seem to work.
Posted by Peter Marks at 10:18 AM No comments:

QRP By the Harbour November 2018 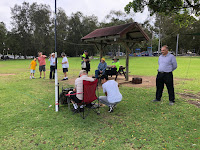 Yesterday we held another QRP By the Harbour meetup in Sydney at McIlwaine Park, Rhodes. A small friendly group turned up and happily the weather was kind. (Yesterday was 36C and a previous event was hailed out).

I set up a simple end fed antenna with a counterpoise. The end was held up on a 6m squid pole tied to a steel garden stake. I had a contact on 40m. Peter, VK2EMU, hung a giant dipole out to two trees and operated on 80m.


The most interesting station was Colin, VK2JCC, who put up a magnificent squid pole supported vertical. The rig was a wonderful military radio called a Clansman PRC320 that seemed to work very well. 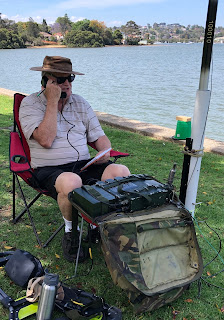 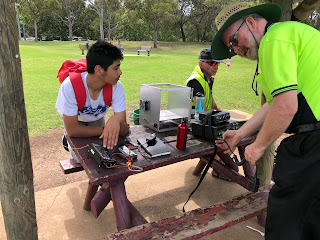 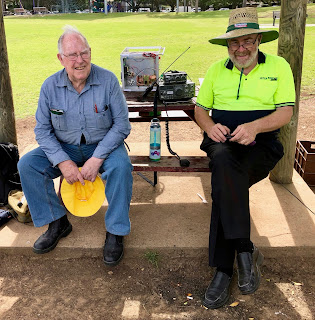 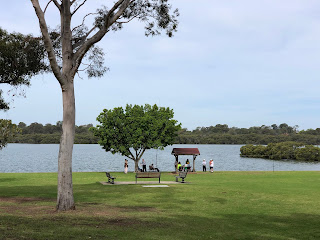 Posted by Peter Marks at 8:07 AM No comments:

Just watched an entertaining 2009 TV program called "Micro Men" that tells the story of the early days of personal computers in the UK. Clive Sinclair is portrayed in competition with Acorn in the battle to produce the computer to be used in a BBC show.

The program is available for free viewing and even download here at the internet archive. I found it fascinating and it includes a soundtrack with the highlights of the 1970s - 80s.

Acorn went on to produce the ARM CPU that we find in almost every mobile device. I still have a ZX80 computer here in the shed.
Posted by Peter Marks at 12:18 PM 1 comment: