Talking with Ross, VK1UN, the other day we stumbled on the simple idea of using figure 8 speaker wire as the feed line up to an "inverted V" dipole held up with a squid pole. Compared to feeding with coax up to a balun, this is extremely light weight and so doesn't bend the squid pole too much.

The video above takes you through how it works.

This is the antenna a plan to take to the next Sydney QRP by the harbour event coming up in October.
Posted by Peter Marks at 8:11 PM No comments:

Brian, VK2AAF, just alerted me to a fantastic map of current lightning. LightningMaps.

Were were talking on 80m and there was quite a lot of noise but the weather here is fine. Turns out there's a lot of lighting off the coast towards New Zealand. 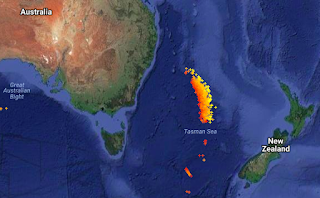 Very handy, thanks Brian.
Posted by Peter Marks at 4:34 AM No comments:

If you can install python (which you can pretty much anywhere) here's a little script to get started with logging from Fronius inverter.

The latest source code is here.

Note that I'm assuming Python 3 and you'll probably need to install the requests module. The program outputs a single file for each day.

Here's some code to draw a pretty graph. 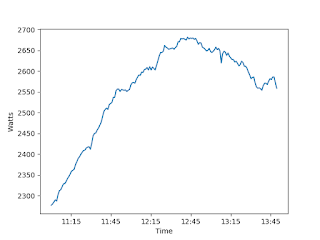 Finding the IP address of your inverter is pretty easy if you have a network scanner such as nmap. I use LanScan on macOS and the Fronius comes up as having a network interface from "u-blox AG".
Posted by Peter Marks at 6:17 PM No comments: 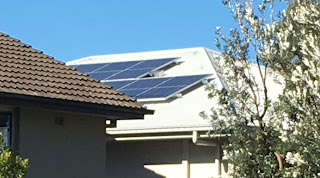 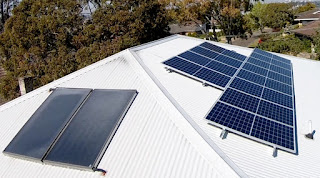 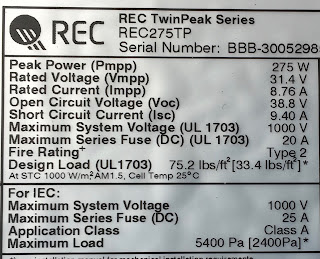 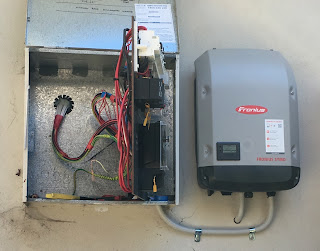 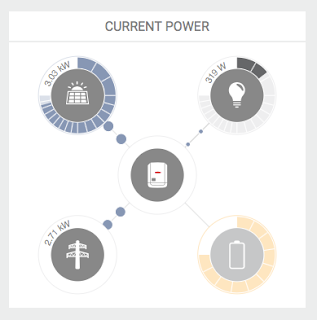 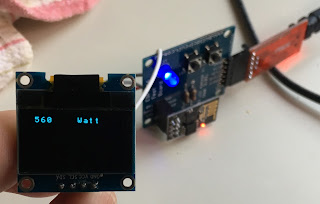 I was concerned about this and chose not to go with panels that have built-in inverters. My tests so far show that the system does not produce noticeable HF interference when in operation. I have held a radio up to the inverter tuned off stations and can hear very little effect. Potentially having big diode panels on the roof might rectify HF transmissions but so far I haven't noticed any effects.
Posted by Peter Marks at 4:10 PM No comments:

Door bench for the shed

A very simple, cheap, upgrade to my shed today. I've always struggled to build things on little folding tables. Today I paid AU$29 for a door and it makes a fine bench. 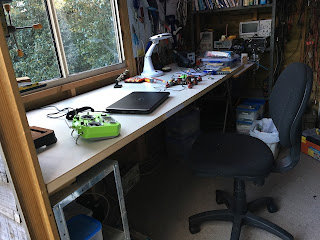 It's a hollow door so won't take much weight in the centre. I'm thinking of putting some sort of edge on it to stop things rolling off. I'll keep this next picture as a reminder of what it looked like originally. 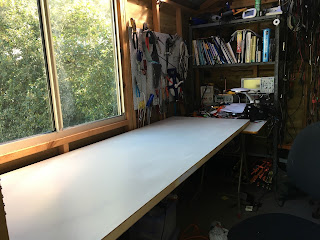