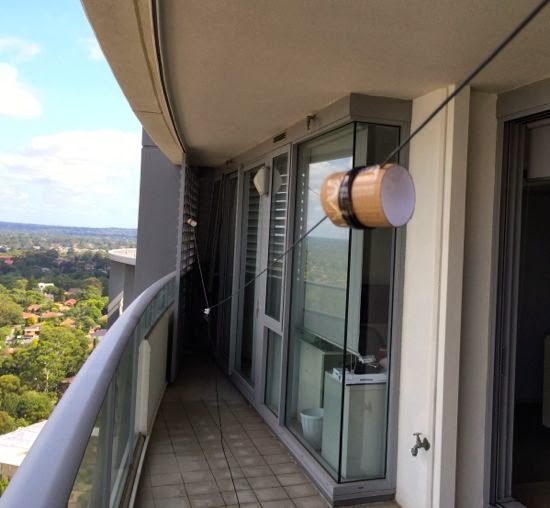 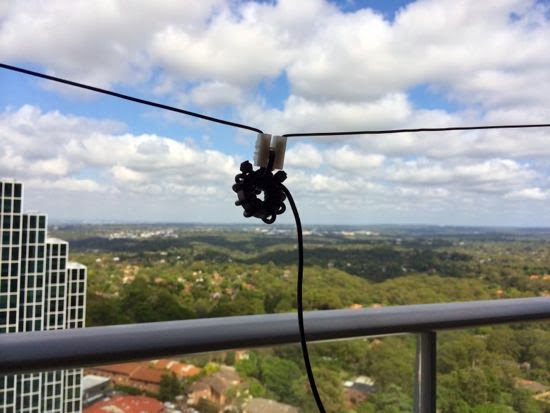 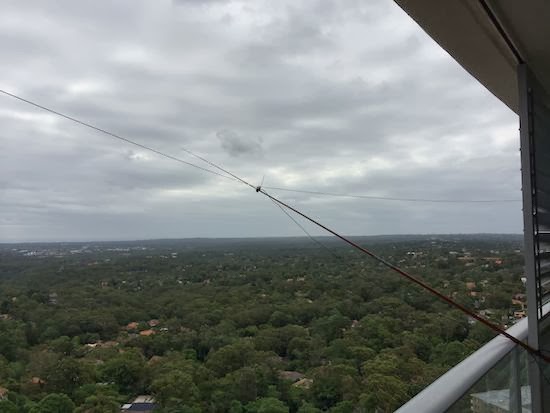 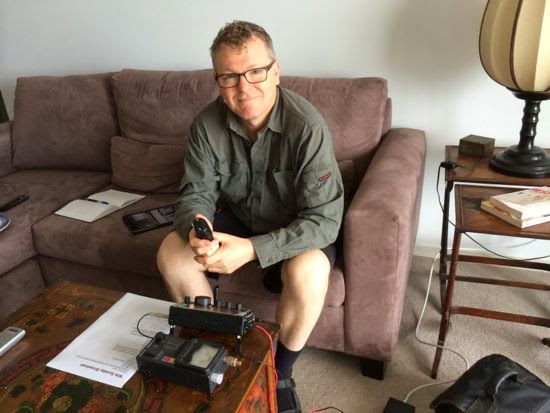 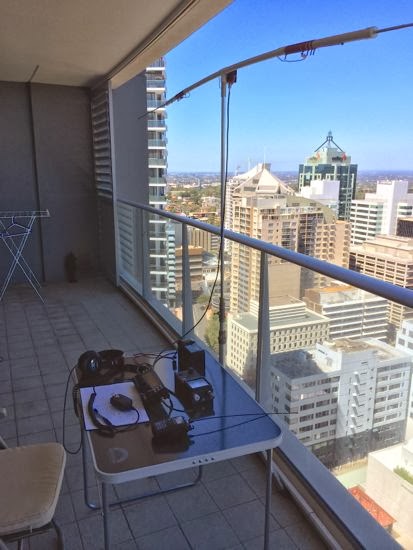 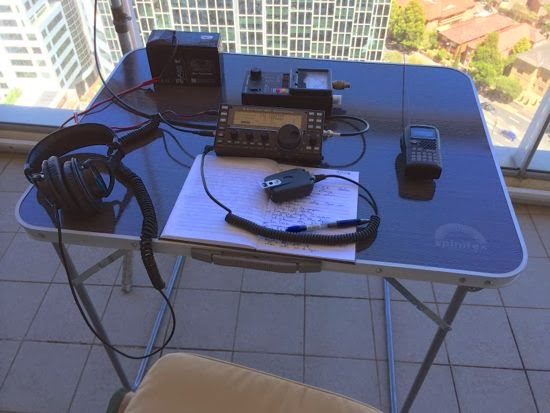 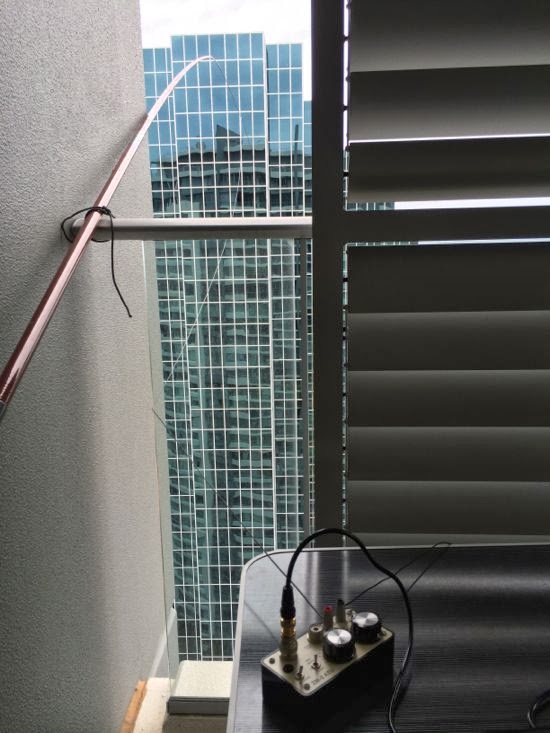 The wire is approximately 10m long all together and I match it with an Emtech ZM-2 Z-Match tuner which can achieve an almost perfect 1.1 SWR.
Posted by Peter Marks at 9:19 AM 9 comments: 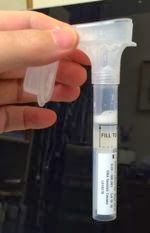 Low cost DNA sequencing, and the ability to rapidly find correlations between your SNPs (single nucleotide polymorphisms pronounced “snips”) and those found in people who have developed serious illness or have been found to be responsive, or unresponsive, to certain drugs is likely to be a big part of general medical care in the future.

Surely it’s no different to current tests we perform such as blood and urine analysis? The day when DNA testing is done in a little device rather like automatic blood pressure monitors will come.

The question right now is, do the current low cost DNA tests provide any useful data - something that might be personally acted on?

I heard about DNA testing from 23andMe (weird name) in a Podcast ad (these ads work and don’t need to go for five minutes). At the end of October 2013, I ordered my collection kit for $173. The saliva collection kit arrived quickly and included a courier return satchel.

Shortly after I sent off my sample the unhappy news of a falling out between the FDA and 23andMe had resulted in their being prevented from offering DNA testing with medical advice direct to consumers. Happily, my sample had reached them before the cutoff and I eagerly awaited the results.

Hooray! Your sample is at our lab!


“Technicians will now inspect your sample and prepare it for analysis. Current sample processing time is 4-6 weeks, and you will receive an email when your results are ready.”

Actually, it took 7 weeks for my results to arrive.

Your results are ready


“We understand that not everyone who purchases the 23andMe service is interested in seeing their health-related data… Please note that we show this option to everyone and it’s not indicative of any of your results.”

There are a few of these, “do you really want to look at this”, kind of obstacles in the health analysis, I naturally said yes to seeing everything.

The risk of learning something bad


One concern I have is that if a strong risk of suffering a serious medical condition was found in my DNA, would that constitute a “pre-existing condition” as defined by Australian health insurers.

My opinion is that a DNA result showing an increased probability of a condition is not the same as a “sign” of that condition, but this is not clear at the moment.

Bupa International has a short discussion of how DNA testing might affect the insurance industry, which, as they point out is priced according to risk factors, and they kind of conclude “…by looking at genetic risk profiles, the insurer is going against the very ethic of the community, by selecting only the fortunate and prejudicing against the unfortunate. If we, as insurers, take this stance then surely the essence and therefore the business model of insurance is deeply flawed, if not entirely broken?”

My results - and how my life has changed


First, a little medical background. My paternal grandfather died of a heart attack and when my mother went the same way, my GP immediately said that it was time to treat my long-standing high blood pressure and high cholesterol. I tried losing weight - 10kg by eating carrots - but this didn’t affect either very much. So I’m now on two daily pills, one of which may do nothing according to Catalyst, which is a pity.

It’s hardly a surprise that my number one health risk, according to my DNA analysis is an elevated risk of coronary heart disease. 23andMe are “four stars” confident that my risk is 56.4% compared to the overall population’s 46.8%. What’s surprising is how small an increase this is given my family history.

Next top risk is atrial fibrillation (which I guess could lead to heart attack) at 33.9% compared to 27.2% in the population.

The list goes on but is probably overtaken by the risk of a car accident or electrocution in my ham radio shack.

There is some comfort in this result, in particular I dread Alzheimer’s and would like to know in advance if it is likely, similarly Parkinson’s Disease. Overall it’s estimated I’ll live to 95 which seems fair.


Next up is something that might be useful, the response to and possible toxicity of common drugs. It turns out my metabolism of Proton Pump Inhibitor (used to treat gastric problems) is rapid, and sensitivity to Warfarin (used to thin blood) is increased, so that might be handy if I’m avoiding heart problems.


I have a variant present indicating Alpha-1 Antitrypsin Deficiency but as I don’t smoke it doesn’t seem risky.

While I’m looking forward to showing this to my GP, who will probably be more amused than anything given my history of suggesting rare tropical disease diagnosis based on internet searches on presentation in the past, I don’t see anything about my life which will change as a result of this DNA test. Steady as she goes with the current plan to avoid a heart attack.


Presumably the FDA shut down 23andMe for a reason beyond failing to fill in a form. There are some conspiracy theories around suggesting that the FDA is beholden to the drug companies who profit from sales of drugs to people who are not sensitive them them.

My DNA sequence, downloadable as a 24MB text file begins like this:

The question is not the provision of this data but rather the interpretation of medical risks by correlating the SNPs (each line above).

Kira Peikoff, writing in the New York Times, reported that she had her DNA tested by three different providers and got contradictory risk assessments from them including both increased and decreased risks of the same thing.

The problem seems to be that different companies are looking for different SNPs to correlate with risks - there are not yet standards for these judgements.

Part of the results from 23andMe includes “traits” where they told me things I knew, such as eye colour, alcohol flush reaction, bitter taste perception, hair curl and even earwax type (wet!).

These traits seem accurate and confirm for me that at least my sample wasn’t somehow swapped with another at the lab.


My mother spent countless hours searching microfilm records to flesh out the family tree. It never really interested me. Today, I’ve had emails from a number of alleged third cousins I’ve never heard of, and it’s kind of fun.

Before you are shown close relatives, in genetic terms, there is a stern warning that viewing this information may lead down a painful path - presumably finding your real father or a secret sibling. No such drama so far for me.

99.7% European, 2.6% Neanderthal (lower than average), but 41% Ashkenazi Jewish is kind of interesting. This last snippet is based on sharing DNA with other customers of 23andMe which makes the point that these companies are mining data as well as providing a service based on public information.


Although I regret learning that I’m not a close relative of Stephen Colbert, Malcolm Gladwell, or Desmond Tutu, the process has been entertaining and thought provoking. For $100 plus courier fees it’s been a fine holiday experiment that I’d recommend to anyone.

Update: I was interviewed on the ABC Health Report about this and you can hear the program here.
Posted by Peter Marks at 12:38 PM No comments: