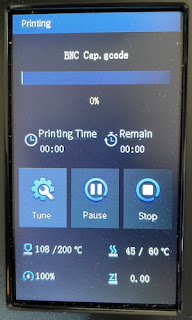 I've been having a good time with the Creality Ender 3 v2 3D printer here but today something weird happened and it refused to print.

At the end of a print the control panel became unresponsive and I had to power off the printer. I cleared settings and next time I tried to print neither the nozzle or bed heating started. It said it was trying to heat to 0, but I didn't notice that clue until much later.

Various forums suggested checking cables or that the motherboard might have failed. Other's suggested re-flashing the firmware. I tried a few different versions of the firmware, clearly not right for my printer as they included auto bed levelling which my printer doesn't have.

After flashing the interface came up in Chinese and my first thought was that I had the wrong file but it turns out you can set the language to English in the settings "Control" area.

In the end I flashed firmware 1.2.1 and navigating around I noticed that the bed and nozzle temperatures were set to zero. I changed them to 200C and 60C and tried printing again. This time the nozzle and bed came up to temperature but no printing started.

I'm working on a small job for Ralph, VK3ZZC, who asked for some caps for all his BNC sockets. 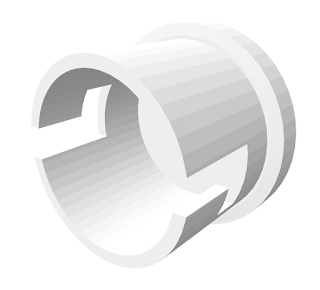 Earlier I'd got the cap working well and I used the slicer to duplicate the object so I could print six at a time. This was the first time I'd used the object duplicate feature in the slicer.

It turns out that this gcode was upsetting the printer. I went back to just printing one and all is again working as expected. 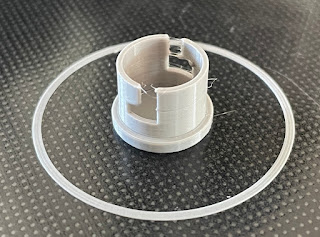 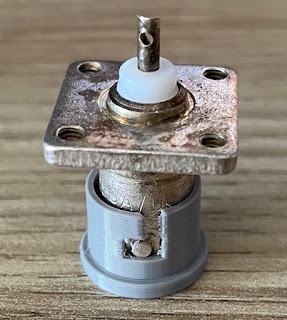 So... if your printer stops don't assume it's hardware. I was pretty depressed thinking my new toy had died so quickly. All worked out in the end.