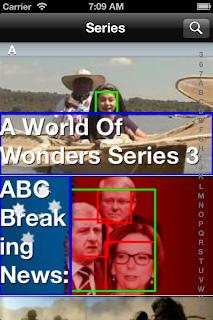 While playing around drawing text over images that ended up looking bad because the faces would be obscured, I had the idea of trying to find faces and then avoid them.

The code on iOS is incredibly simple, (although being cocoa the words get rather long).

The resulting array of features objects have a .bounds CGRect that is the location of the face.

The face detector needs a full face, it doesn't recognise heads turned to the side so that one eye is gone but interestingly it does detect a few cartoon characters. 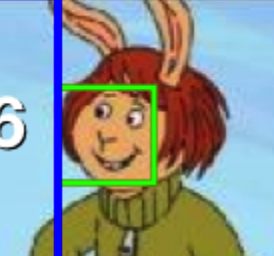 It's very fast and can even be passably used on video - I guess the code is in there for the face detection in the camera. CIDetector has only one concrete sub-class but I wonder how hard it would be to implement detectors for other things?
Posted by Peter Marks at 1:26 PM