I'm a keen photographer, not a great one, but keen. Over the years I've captured a few shots, perhaps 10, that I'm happy with. The transition from film to digital has been tinged with grief and nostalgia for the feel of mechanical film cameras.

The "money" shots, have mostly been because I was there and had a camera with me. (Was it Robert Frank who gave the advice to aspiring photographers asking about equipment, "F8 and be there"?)

I also appreciate "exhibition quality" photographs. After comparing a fine ink jet print compared to my best darkroom effort, I threw out the chemical darkroom.

When I want great quality, I use a DSLR. For every day, I use a pocket point and shoot. 99% of my images are shot with the pocket camera.

Recently it was time to hand down my camera and after careful consideration I opted for the little Sony DSC W300. Here are my comments after more than 500 shots. 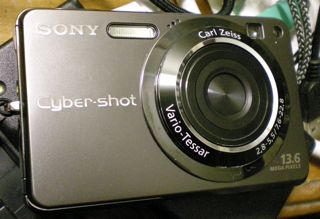 It's a lovely looking camera with a titanium coating that I think resists scratching while being light weight. Small and flat enough to really fit in my top pocket was one of my primary requirements.

Only a 3X zoom which is not outstanding but the lens is a maximum of f2.8 so it's worth it. (Those huge zooms are incredibly slow even though the font element might look big).

13.6 megapixels is more than I need so I run it at 5Mp normally.

Starts up reasonably fast, not as quick as a film camera though.

The display on the back is great, the UI is a little bit flashy, with animation and so on. Sometimes I hunt around for things but generally I find them. The main features: macro, flash, and self timer are directly available except for exposure override (+- EV) which requires you to go through the menu button and then possibly more pushes.

The dial has the useful functions I want including High ISO and higher ISO. (More on this later).

Battery life seems very good. I would take it away for a week without worrying.

The best feature is that it has an optical view finder. Very small but there. Being able to hold the camera steady against my face is a great feature for me even if it isn't very accurate.

Doesn't take standard memory. Like SD. I had to buy some mysterious Sony Memory stick to put in this thing. For the features I was prepared to suffer this pain but this is a real negative. Just give me an SD slot next time!

The cable for plugging into the computer is not only proprietary, but I always plug it in the wrong way up first.

It looks almost the same on both sides and there is no visual clue as to which way is "up".

This is all academic, until you see some shots. I took the shot in this early blog post in a lift under very strange lighting. The point is, I had the camera on me.

In daylight, the photos look great: 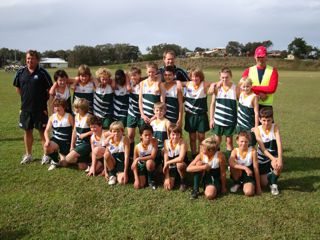 What's really impressive is that in near dark like the shot below, available light f2.8 1/20th sec, ISO6400, pictures are still somewhat usable: 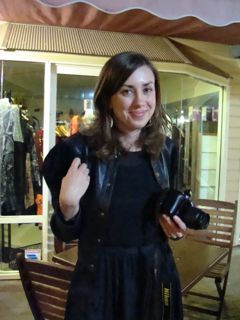 Overall, I'm happy with this camera. As I said above, I hate the storage card, the cable and I'd like to tweak the options that are available directly on the buttons. I love the high ISO, screen, and viewfinder.

This review was inspired by the other camera I considered, the Ricoh digital reviewed by Alastair.
Posted by Peter Marks at 9:16 PM

Email ThisBlogThis!Share to TwitterShare to FacebookShare to Pinterest
Labels: photography

Your hit rate for photos you're happy with sounds familiar. I love lots of my photos as memory joggers. But there are only a few that I feel really pleased with, maybe a couple each year. My current favourite was taken with a camera phone (SE K750i) about 3 years ago. An example of being there, with camera.

I sometimes fall for that "if I had the same equipment as X, I'd be able to produce the same shots", but it's simply not the case.

Having said that, having a camera that is with you and quick to operate is important.