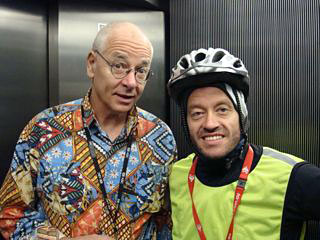 Thanks guys for being so polite in the face of a stary-eyed fan in close quarters.
Posted by Peter Marks at 6:22 PM

Email ThisBlogThis!Share to TwitterShare to FacebookShare to Pinterest
Labels: media

Hi Mr. Mark,
I'm looking for UseCaseBench.app, following downloads links brings me to your blog, but not app is found. It's possible to make it available again?

thanks in advance for your help

I've put a copy here for you.