Crossed the country - but waiting for parts

It's official, well from the WSPR Watch map, I've reached pretty much the western edge of Australia.

I was able to receive Kevin, VK2KB's WSPR beacon. We tried for an SSB contact but while I could hear John, VK2ASU, calling he couldn't hear me. We'll try again when I'm a bit closer.

As I mentioned in a Tech Head spot on RN Drive, it's quite a drive.

A few days were spent with old friends looking around Perth, which is a lovely place. I took the opportunity to drop in on the local GovHack folks.

On the way to Margaret River I heard a noise under the van that sounded rather like I'd run over a branch or something. Later I noticed it was rather difficult to steer, particularly while parking. Bridgetown has a few car service places and it was rather obvious (in retrospect) that a belt is missing. 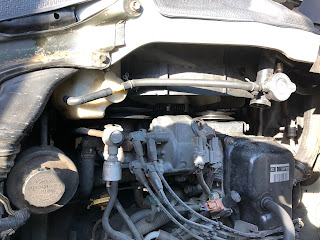 It's the belt that drives the power steering. So, I'm checked in to the Hotel on the main street waiting for a replacement and I'm going to have the vehicle serviced on Friday. 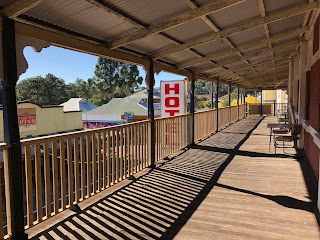 Quite a nice little town with lots of local art on display and for sale. How about a miniature shed for the van? 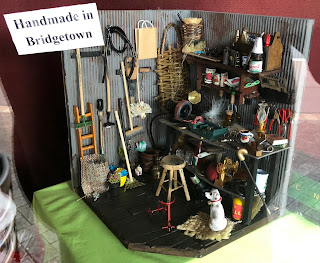 While enjoying a cider at the bar downstairs I chatted with a bloke who works at the local Lithium mine which he tells me is the largest in the country and going really well presumably due to big demand for the metal for batteries. He said it's half owned by Chinese investors.

Responding to user feedback, I've done some updates to the WSPR Watch iOS app. In particular there were problems using the settings view on the smallest phones and iPads. I'm now looking in to decoding WSPR on an iOS device (you can transmit in WSPR Watch as of a few months ago).
Posted by Peter Marks at 4:22 PM