Aside from family duties during my recent visit to Melbourne, I also caught up with some ham radio identities from near and far.

VK3ASE runs a very professional operation which transmits high quality AM on 160m and 80m often on Saturday nights. 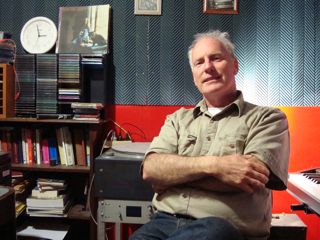 Dave has a full studio full of ex-ABC equipment including a desk I used to use myself many years ago. His transmitter for 80m includes an exciter he built with a 6V6 driving an 807. 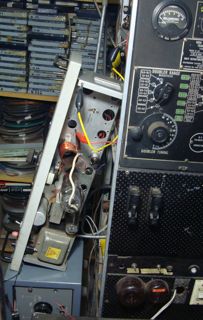 This feeds into some sort of beacon transmitter. Anyhow, the whole setup works rather well and I know the audio sounds fantastic on air.

We had a great chat and although my first home built HF transmitter puts out just 0.25W, Dave was very encouraging and suggested that a 1940s radio handbook might be all that's required.

Later I caught up for coffee at Cafe Bagatelles with Paul ex VK3BEK and Ross T61AA and VK1UN who operates out of Afghanistan on 2 and 6m moonbounce. 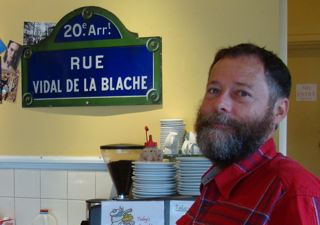 And here's Paul, who currently transmits on big power TV throughout Victoria but really needs to string up an HF antenna of some sort... 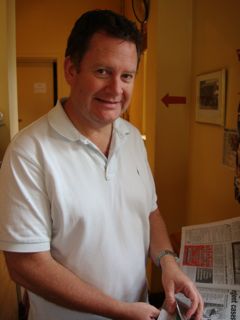 Anyhow, we had a nice breakfast, a friendly chat and I learned a bit about WSPR and WSJT.

I've known these guys for a quarter of a century and it's great to see that everyone is going well.