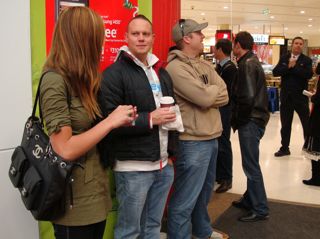 Truphone does voice over the wifi network. I already have credit on Skype so really that's what I want but until they release I'll use Truphone. Voice quality is fine but the delay seems very long.
Posted by Peter Marks at 11:15 AM