Although I worked for the ABC and even Radio Australia I never made it out to the transmission site at Shepparton Victoria until this week. The site has been sold, we think to property developers as there are housing estates in the area, but the antennas are still up and look magnificent.

Dallas, VK3EB, took me on a tour around the perimeter fence. The main building is still standing. 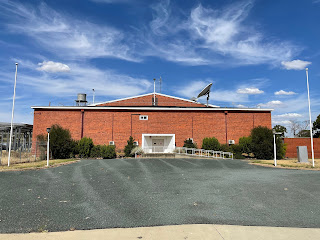 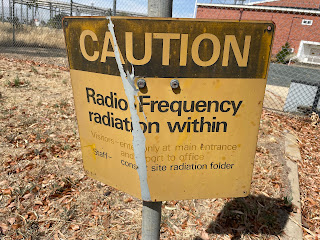 There are multiple antennas on the site targeting different regions including Japan and the USA. There are large arrays of phased dipoles with a rear reflector. 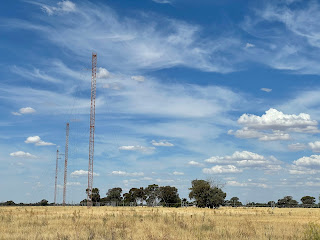 It's hard to capture the antenna wiring in photographs against the sky. 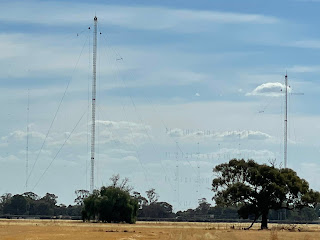 Here's a plan of one of the instances of what we're looking at. 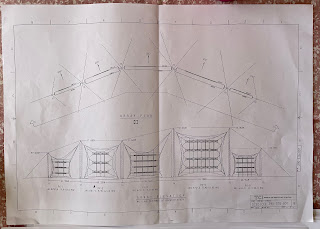 It was a fantastic site and it's such a pity the antennas aren't available as a receiving site or something.

I travelled from Melbourne to Shepparton on the train. Nigel suggested I invest in a First Class ticket as "there's less vomit". 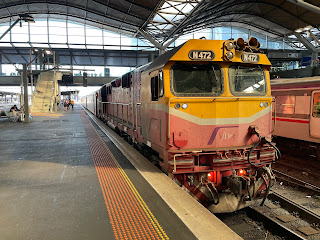 Lots of lovely country stations to see along the way. 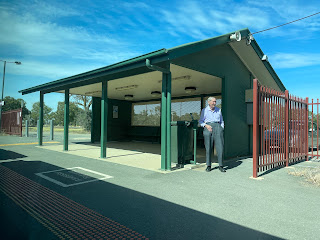 On the way the train became "defective" due to the radio not working so we switched to a bus for the final leg. 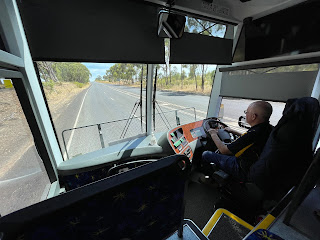 It's a very comfortable service and not well patronised. 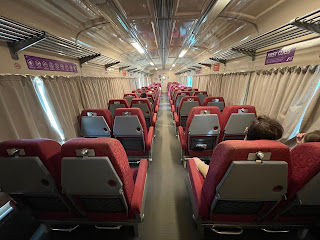 My thanks to Dallas for his hospitality and the tour. We also visited some local hams who were very welcoming and interesting.
Posted by Peter Marks at 4:37 PM