Apple Silicon Fldigi but no sound yet

The x86 version of Fldigi for macOS doesn't run on an Apple Silicon Mac. It's the first thing I've run in to that didn't work in emulation. Prompted by a tweet from @xssfox, who had done a native build but run into sound problems, I have also been able to build. 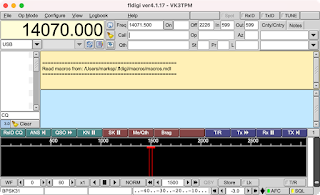 Looks good but when I try to select PortAudio... 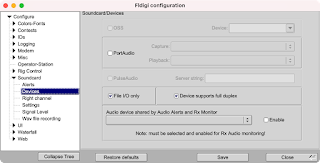 I see this in standard out:

Here's how I got it to build

brew install libsndfile # I already had this

# get the source code whichever way you prefer

It looks like this is an issue with PortAudio on macOS 11 when built against the macOS 11 SDK. "PA/CoreAudio uses some "deprecated" APIs which fail on Mac OS 11.0 #218".

This issue in PortAudio that deals with the issue.