Heading west in the van

Now that the weather has cooled a little, I've hit the road from Sydney in the van and am heading west. (I emailed old friends George and Harry and told them to put the kettle on). 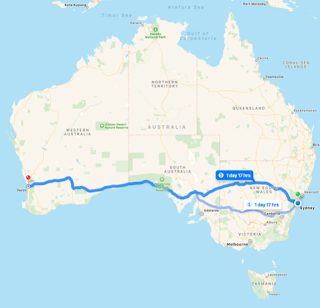 First stop was a visit to the wonderful QTH of Brian VK2AAF and Susi in Linden. We've spoken via Twitter, email and 80m but never met face to face and it was a real pleasure.

Next a quick stop at the stunning Govetts Leap. 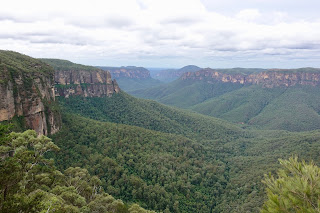 First night was spent at Lithgow in a very nice camp ground over looking a farm with ducks. 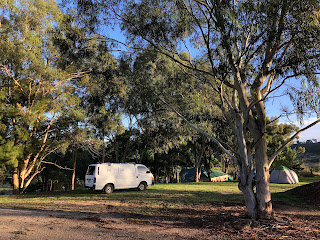 An attraction here is the small arms factory. 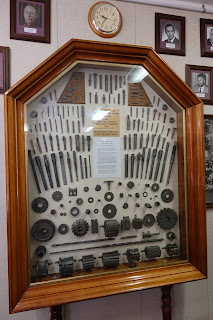 I'm not really interested in guns but the history of the manufacturing was interesting and particularly how they struggled with the second world war ended. They made everything and anything including prototypes and sewing machines.

Next day on to Dubbo where I camped in a vineyard right next to the observatory. 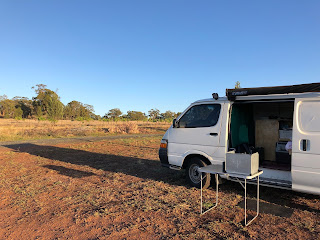 The observatory show begins at 8pm led by the appropriately named Peter Starr who has an amazing knowledge of the night sky. 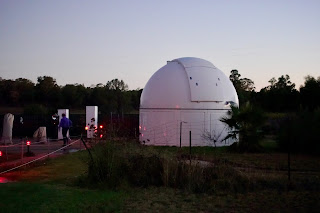 There were three telescopes set up and Peter used a powerful green laser to point things out in the sky. After a few cloudy nights we were in luck and my little Sony camera captured this with about a 10 second exposure. (Click to enlarge). 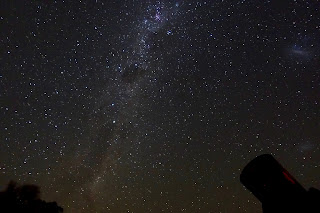 As I drove to Cobar, a squeaking in the rear left wheel started getting worse so I dropped in to a local mechanic who took a look and diagnosed that the brake pad is sticking to the drum and a new drum is needed. This part won't be here for two days so I'm enjoying a bit more of Cobar than originally planned.

The town is the site of a rich copper deposit and has some wonderful buildings. The local historical display is fantastic. 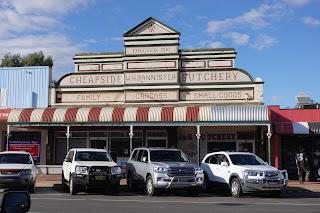 Cobar has three pubs and two IGA supermarkets. I'm doing a load of washing at the laundromat and when it gets too hot for walking this afternoon I'll head for the library.

Next stop is planned to be Broken Hill either Friday or Saturday depending on the van repair. Keep that kettle on gentlemen, I'm on my way.
Posted by Peter Marks at 10:29 AM