A beautiful day to be out doors in Sydney's Dural on Sunday. The theme was 40m antennas and there was lots of great talk, show and practical setting up of different antennas. A slinky antenna looks like a good idea but this one was too tangled to put up. 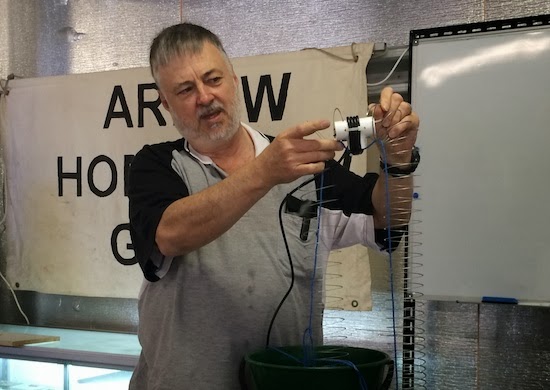 Stephen, VK2BLQ, had a big collection which began with the Ozi-pole short dipole for 40,20,10 and 6m.

Then a broadband end fed long wire the Ozi-Wire: 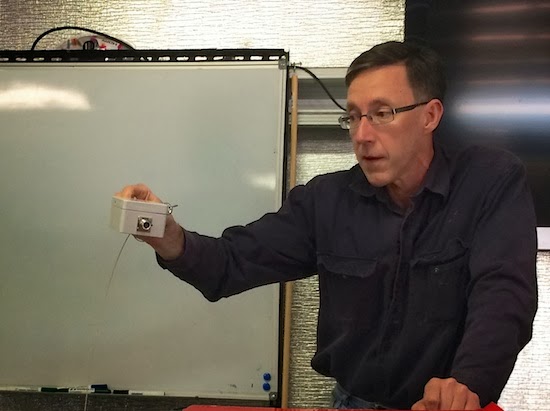 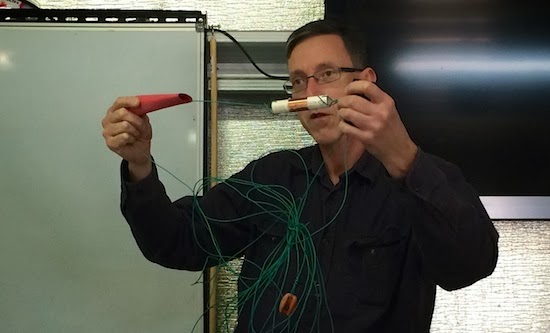 Outside antennas were put up using a variety of means, including a bow and arrow: 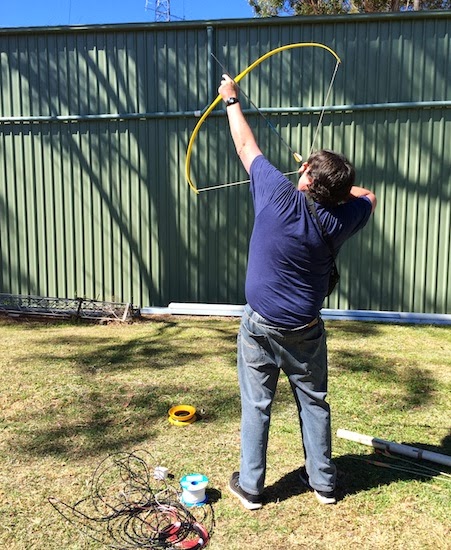 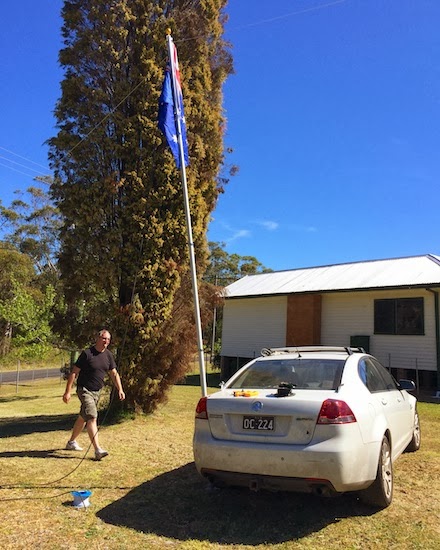 There was a shortened vertical by Peter VK2EMU, here inspected by Mal, VK2BMS: 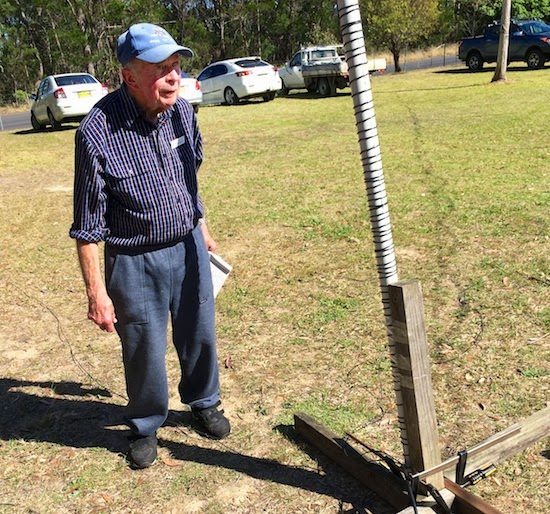 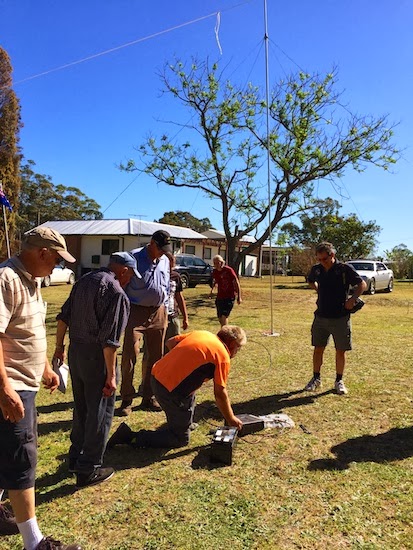 The stand-out for me was Owen's marvellous end fed half wave tuners, this one with a variometer, here being tuned by John VK2ASU: 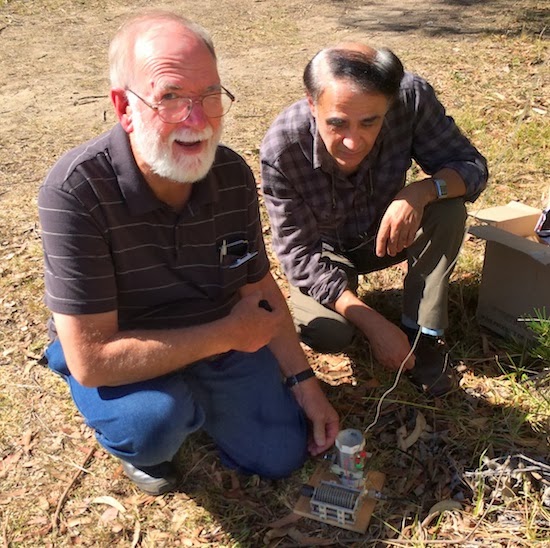 An interesting comment was made about following detailed antenna instructions from Europe and the U.S. in that antennas perform differently here in Australia because our earth is much less conductive.

Ironically, antennas in Australia perform better when put up at night, when it's raining. There's a thought..
Posted by Peter Marks at 6:44 AM