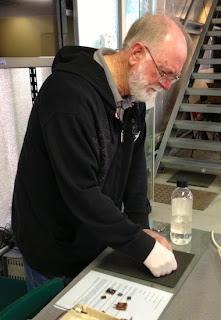 The theme of today's ARNSW Home Brew group meeting was "making frequency" and we had a diverse range of approaches on show. It's fascinating how technology has moved from crystal oscillators, to phase locked loops to computer controlled DDS in a few short years.

John, VK2ASU, demonstrated how to raise the frequency of a quartz crystal by carefully grinding it to make it thinner.

This is done first with 600 grade sand paper and later directly on a glass sheet using a fine compound such as toothpaste.

The evolution of a flexible Atmel processor controlled DDS based oscillator was shown, starting with the prototype and ending with a very nicely boxed up unit with plenty of space to house perhaps an entire transceiver at a later date. 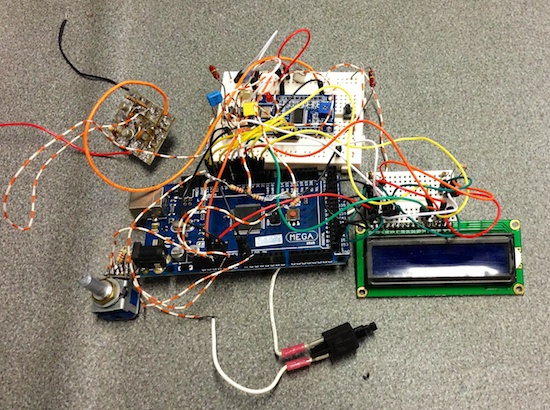 Here's how the completed project turned out: 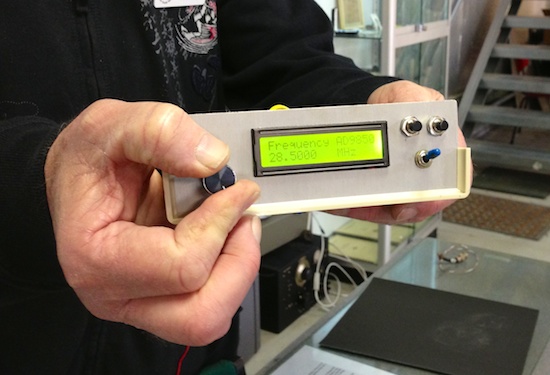 Stephen, VK2BLQ showed a "Huff and Puff" stabilised oscillator he had constructed. 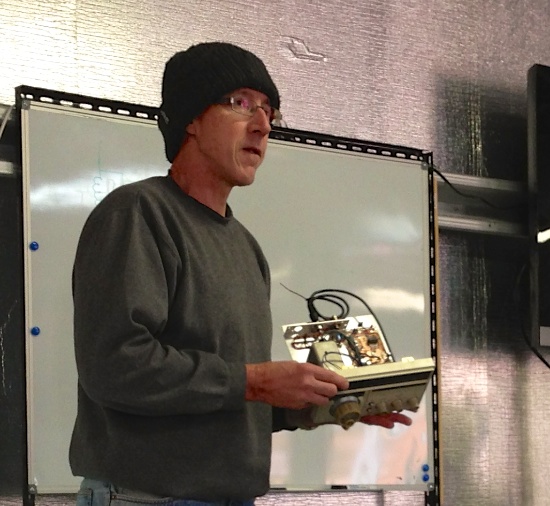 It's amazing to me how even non-computer nerds are getting in to embedded processors for ham radio applications these days. Mostly the Arduino and Raspberry Pis are popular but here's a nice board Bob made: 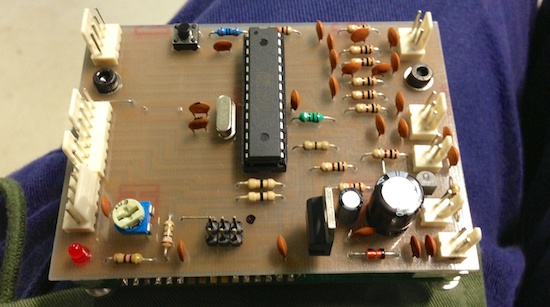 Peter, VK2EMU, explained phase locked loops and DDS and the crowd had a great time. 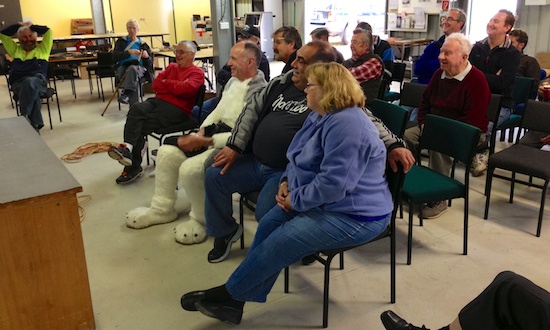 In other news, my build of Peter, VK3YE's "Knobless Wonder" is now transmitting well - I had a good report on my audio and signal from Mal, VK2BMS. 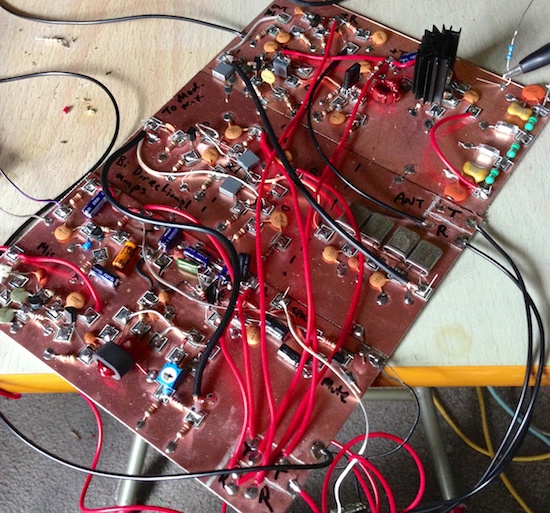 I've been having some trouble with transmit RF oscillation - due mostly to my use of long, unshielded wires, but I'm gradually improving things. Both transmitter and receiver work but I have yet to add a relay to allow easy switching.

My transmit audio is reported to be clear but "thin", Mal does say it's very readable and "communications quality". Great progress!
Posted by Peter Marks at 4:37 PM