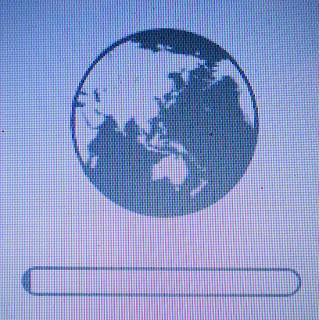 I replaced the damaged drive with an old drive I had lying around. Turned out it contained Ubuntu which booted up and looked great. After re-formatting the drive, the install takes about half an hour.
Posted by Peter Marks at 8:07 AM