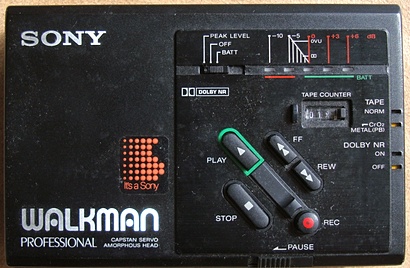 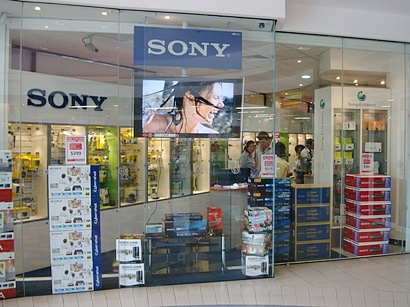 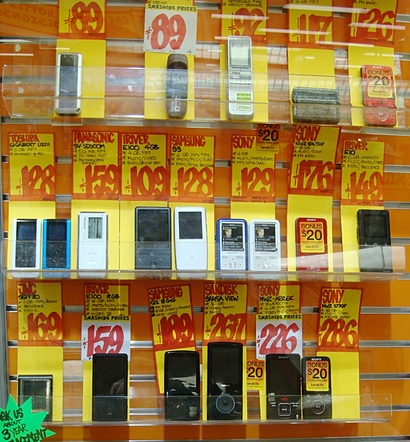 I wonder who pays who for this space?
Posted by Peter Marks at 10:01 AM

I long ago gave up on Sony for pretty much anything. It's no one thing really: it's just a bunch of little bad things. Like the Sony desktop computer that my wife had which had a power supply which was incompatible and double the price of anything else on the market. Their support of proprietary formats, chained to completely annoying and inadequate desktop software which never worked properly and was never updated. Even their claim of superior quality was highly suspect: look at the bargain basement sansa music players. Do you really need to pay double to get Sony, with no discernable increase in quality?

Apple has absolutely *crushed* the portable music market, and are fast becoming the standard in cell phones as well (a market which Apple has seen to be linked, when other companies still steadfastly believe they make phones (which incidently play mp3s) or music players). Sony isn't poised to play in that market.

Sony have self destructed. In addition to their insistence on proprietary formats and hardware, I've also had bad experiences with their laptops. After getting a virus, I wiped Windows and reinstalled only to find out that Sony does not provide device drivers on their website (like every other pc manufacturer on earth) and instead charges consumers $50 for a disc in the post.

Add to this the rootkits they distributed with audio CDs, fake movie reviewers, memory sticks, and the other controversies listed at Wikipedia and you have a company with total contempt for its customers. I do my best to avoid buying any Sony product.

Apple is only marginally better. Itunes tracks have DRM, they won't let you copy your own music off your ipod, the App Store is subject to Apple's monopolistic whims, itunes on Windows is a pig, Apple Lossless is a farce, etc, etc.

Both companies are more interested in marketing and brand building than delivering useful and usable products.

Apple would do well to learn from the mistakes of Sony.

Proprietary formats and DRM can clearly drive away consumers.

There does seem to be a trend away from DRM at the moment, hopefully consumers will figure out that it's to be avoided - it only takes one bad experience and you remember forever.

Is that the Sony store in World Square?

I have visited the World Square store but no, the photo above is at Chatswood.

I asked a sales person to compare the player above with an iPod nano, he claimed that the Sony players have superior audio but couldn't explain why.