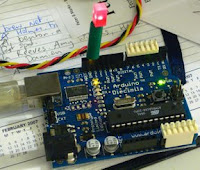 Incidentally, I ordered my Arduino from Little Bird Electronics here in NSW on 9-December and it only turned up today 20-December. I think that's a little slow.
Posted by Peter Marks at 8:24 PM