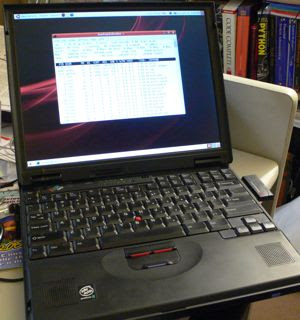 Cleaned the very dusty case up with eucalyptus oil which can dissolve all the sticky gunk under the silly "made for windows 98" and "Intel inside" stickers.
Posted by Peter Marks at 5:30 PM