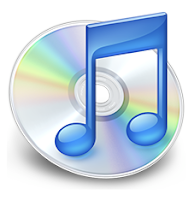 iTunes is good and bad. Personally, I think Apple's losing the plot on this one. It's getting too complex, there are menu items I can't explain. Why is "Transfer Purchases from iPod" needed? Why is "Subscribe to Podcast" in the Advanced menu. For that matter, any application with an Advanced menu doesn't belong in the Apple in-house design stable.
Posted by Peter Marks at 6:58 AM

I can highly recommend the Migration Assistant for moving from one Mac to another. Works amazingly well.

I don't find iTunes too complicated but it is certainly not as simple as it could be, probably as a result of dumb Apple policies such as "you can't copy music off your iPod".

And never mind copying, even just *playing* music through a non-home iTunes is difficult. I experience daily annoyance checking and unchecking the "manually manage" checkbox just to listen to my music at work.

Also, iTunes needs to be far better about distributing the library. I have an 80G iPod and an 80G drive in my PowerBook - iTunes needs to do a better job at helping me distribute my library to external/network drives.

Competition is a good thing and I have high hopes that Songbird will do to iTunes what Firefox did to IE, namely make both products better.

Thanks for that. I forgot to mention that the "Smart Playlists" are really wonderful. You can automatically have playlists full of recently downloaded, not played, podcasts for example.

As you say, competition is a good thing but it's funny to look in the shops now and see all the little players with fake click wheels on them. I don't think they get it.