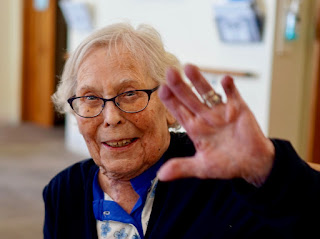 Thanks for posting this a Peter. I really enjoyed hearing Peg recalling her radio days, and her boy voice was faultless. Cheers, Gavin

Hi Peter.
Not sure if this will reach you but while googling I came across this wonderful montage that you put together for your wonderful Aunt Peggy.. Sadly it's the first time that I heard that Peggy had passed away. You're Aunt was always a delight to be around and we shared many memorable times out together on the balcony or around the back chortling together as smokers often do. She was an amazing woman and always made you feel happy and important.
I treasure the memories that I have of her.
Robert Anile