Just saw this interesting gadget called a Skypi from RadWAV. 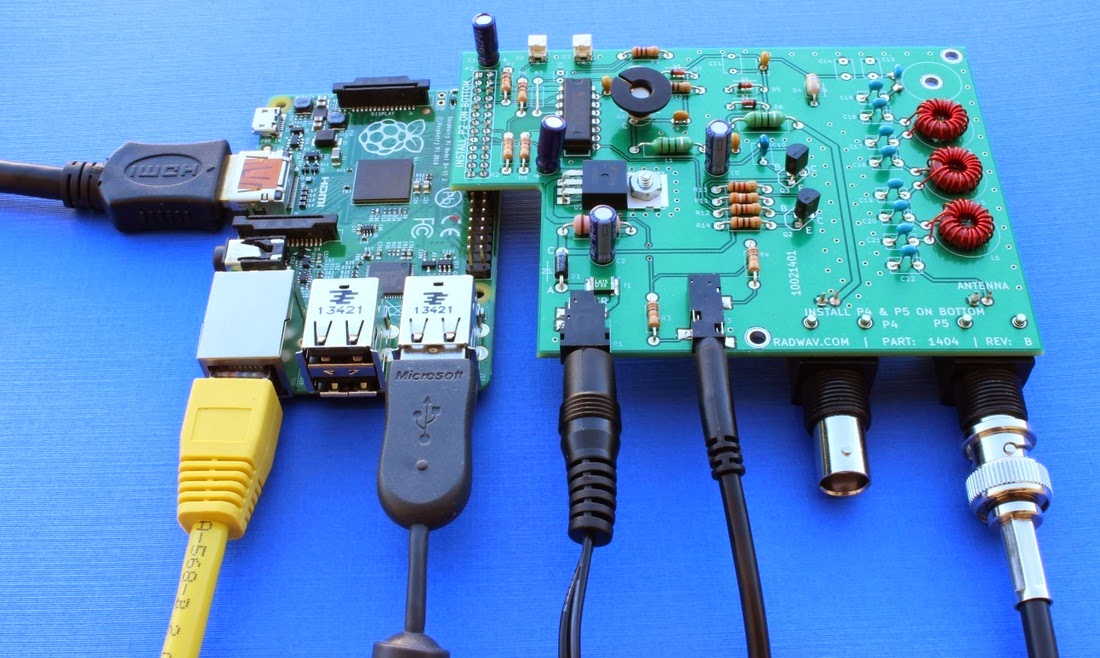 It appears to be a 1W carrier transmitter for 40m that plugs in to the GPIO socket on a Raspberry Pi. The board requires 12V and it produces 5V to power the Raspberry Pi board via the connector.

They've modified existing software to control the frequency and carrier so that it can transmit WSPR, RTTY and CW. For CW they can read a key plugged in to the board.

Note that this is not a transceiver, which is a pity. They offer an optional output socket for a receiver and the board switches the antenna to that port between transmissions - there's demonstration audio of how it sounds.

It's great that RadWAV has created this product but I'd really like to see at least a block diagram of it. The documentation is sent to you by email after ordering.

Personally, I'm hanging out for the OpenRadio SDR which is being launched at Linux Conf AU which starts on Monday 12th Jan.

The SkyPi kit is US$85 or US$185 assembled including the receiver output port.
Posted by Peter Marks at 4:45 PM