The weather in Sydney has flipped back to sunny again. On the bench in the shack is an Ensemble RXTX software defined transceiver. Progress is slow but steady. After the WIA Sunday broadcast we had callbacks on 80m and there was some gear changing hands between Robert VK2ZNZ and Mal VK2BMS so I offered to be the taxi. 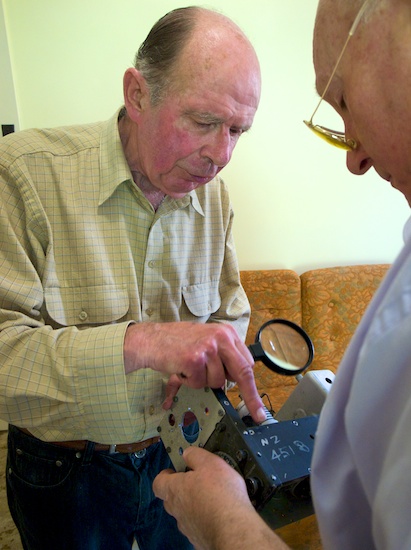 First we visited Mal's place to pick up some very well made gear. I learned that they would wind RF inductors with hot wire on to porcelain forms so that the wire would cool and contract and therefore hold tight. 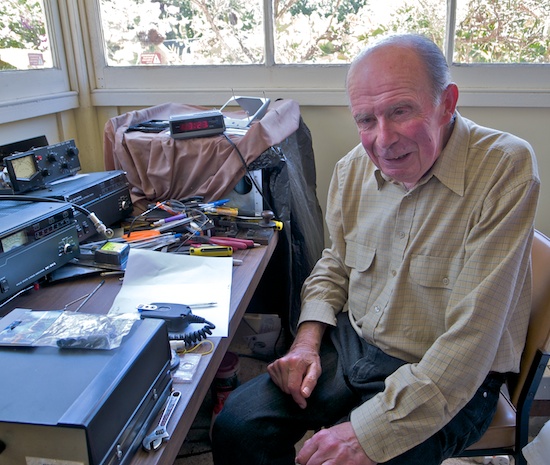 Mal has a fine shack that looks out over a fantastic antenna tower in the back yard. He certainly puts a thumping signal in to my place just across the water.

Next we visited Rob's place. 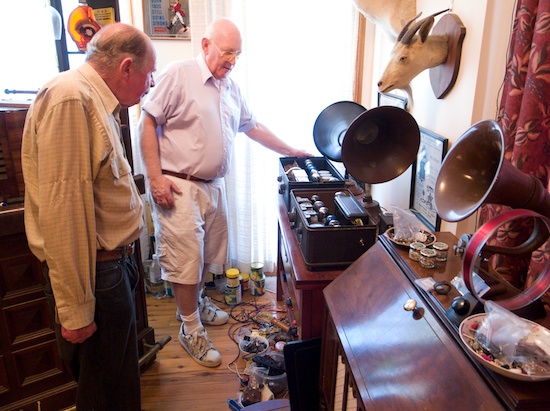 We listened to the radio for a while. 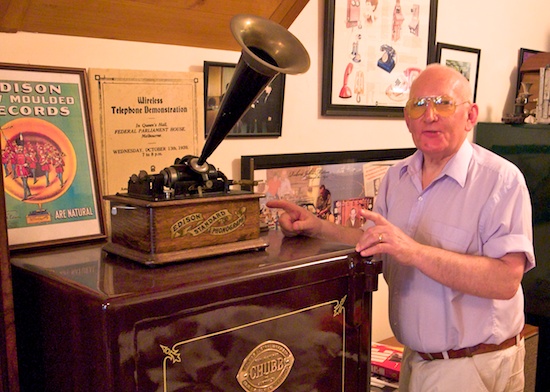 And played a record. Surprisingly loud.

Mal and I headed off to Pet Barn to pick up supplies during their 20% off sale. We were joined there by NSW Premier Barry O'Farrell.
Posted by Peter Marks at 3:40 PM