Since moving the ham radio station to the new shed, which is located in the back corner of our block, it has become practical to use an open wire line feeder to my dipole.

I've often heard that the most versatile and efficient antenna is an open wire feeder to a doublet on the lowest band desired. This antenna can be then tuned to any band. I ordered some nice copper wire and spacers from TTS Systems. I'm using dipole centre pieces from Emtron which I like very much. 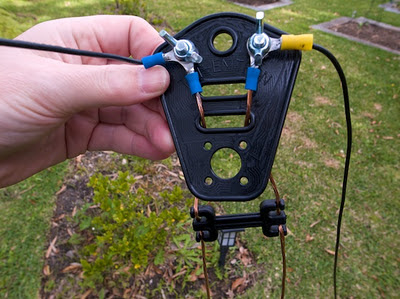 The open line runs from the shed out to the back yard. It's not quite as wonky as it looks below. 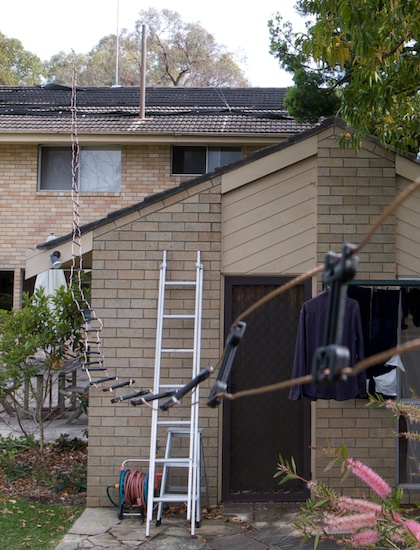 The wires pass through the wooden wall of the shed and straight in to a 4:1 balun and then to an antenna tuner. 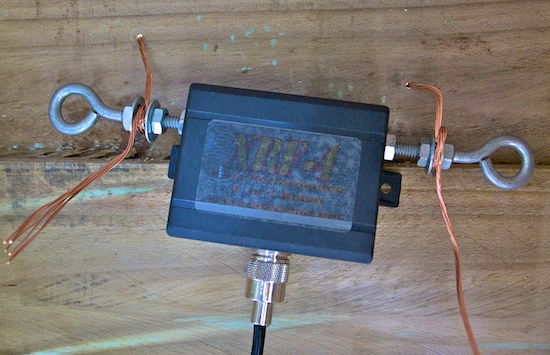 I plan to re-jig things a bit and try to go direct into a balanced line antenna tuner to avoid the co-ax run in the shed.

TTS Systems were good to deal with and they dispatched quickly but I was disappointed to find that three of the spacers were faulty (missing centre hooks on one end) which seems like poor quality control given such a small order. 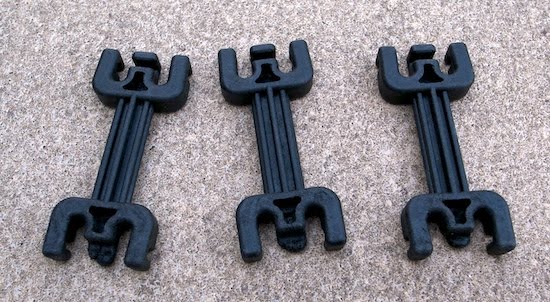 The dipole doesn't have enough space for 80m so it has substantial drooping ends in order to work on 80m. My plan is to replace these drooping ends with loading coils.

I've cut the dipole for 40m and dispensed with the half size G5RV that's been my main antenna in recent months. I'll have to make other arrangements for 80m, perhaps some sort of end fed system.

It's hard to compare antennas on HF due to the incredible changes in conditions but it sounds good and very low noise to me.
Posted by Peter Marks at 4:28 PM

Good on the balanced line antenna I always had a concern with lightning with them I guess you require a double knife switch to disconnect the feed from the antenna but as you say the noise level is down.
I hope you may find a suitable knife switch that you can mount on the shack wall that you can open when you are outof the shack.
Ian Vk2IJ
P/s enjoyed your talk on Steve Jobs