Film night at the Mu-Meson archive

I've been mourning the death of true HD (1080p) broadcast television as one by one the stations re-allocate their digital bandwidth to create channels for junk TV repeats rather than HD.

What a tragedy it was to see the marvellous BBC series Life broadcast in standard definition on ABC1 over past weeks. If it's anything like the BBC Earth series, with it's stunning HD camera work, it would have been breathtaking. Apparently the Australian public doesn't care too much about quality of the image.

This week I had the great pleasure of watching a reel film at the Mu-Meson archive. 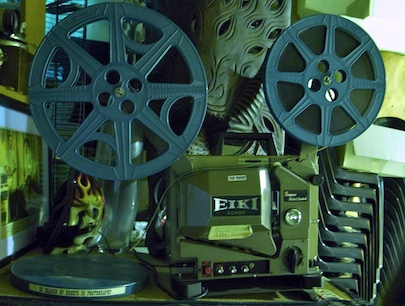 Irving Gribbish, AKA Mr Q, (who runs Splodge! in Melbourne) came to town with an excellent 16mm copy of "All this and World War II". 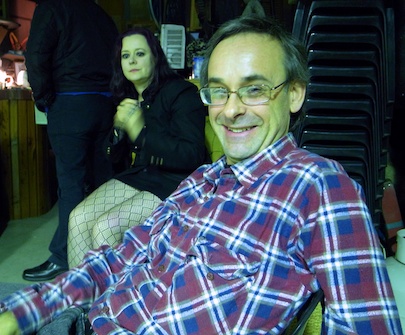 He gave an informative introduction and analysis of the film and we settled back in comfortable chairs to watch. 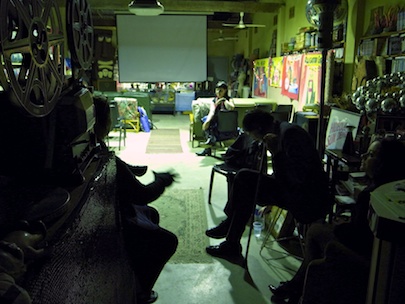 At half time, while the film re-wound, the friendly Miss Death even served soup. 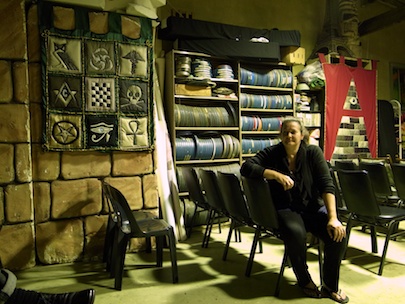