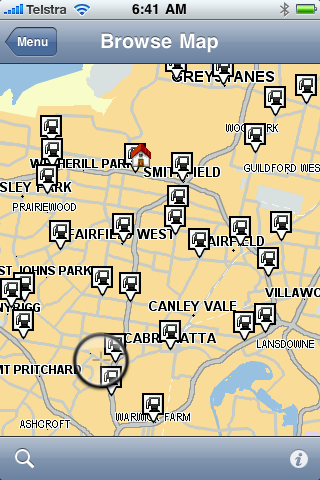 During operation the screen stays lit and the iPhone feels warm so my guess is that a car power source will be needed for full time use. Position updates are very frequent and I feel that the GPS hardware in the iPhone is possibly better than in a hard unit.
Posted by Peter Marks at 6:51 AM