This new ad series from Microsoft is interesting.

It's certainly one of the better PC vs Mac ads we've seen from Microsoft and at its core it does correctly identify that consumers often go shopping with a budget in mind. 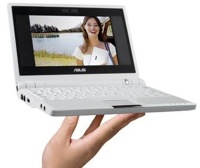 If Lauren was choosing purely on price, surely she would have chosen a $300 netbook, like the original Asus EEE-PC with its tiny screen and keyboard.

She wanted a screen of a certain size (17 inch) but was apparently not sophisticated enough to appreciate colour and contrast in that assessment. (Let alone keyboard and trackpad). Despite that she's perfectly comfortable to reel off "250GB hard drive, 4GB of memory".

At one point she says "but the look of that one is drawing me", so clearly design is important to her.

I think Apple is open to criticism for not having an entry level laptop in the netbook category. It would be great if they had one even if no one bought it, just because it would get people in to the store from where they would up-sell themselves to something more usable.

Someone should shoot a similar ad where "Lauren" goes to a PC store looking for a computer constructed with a recyclable aluminium unibody, she'd bounce right out of there pretty quickly.

My waking life is spent interacting with computers, every dollar spent is paid back ten hours a day, five or six or seven days a week, for about two years. As L'Oréal says: "I'm worth it".

Anyhow, great stuff Microsoft. The first ad for a long time to make me think about my choice in computers.