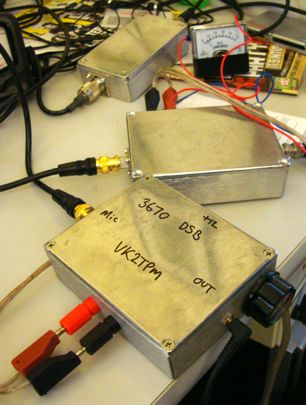 I finally debugged my rebuilt 80m DSB transmitter based on the design in Drew Diamond's first radio projects book.

The first version suffered from RF instability due to my poor wiring. 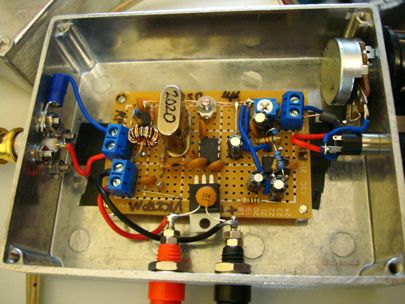 Very kindly Sam VK2BVS came on to the frequency and we had a good chat. At first he reported that I was distorted but in the end came to the conclusion that it was just that I'm about 50Hz lower than the 3670 crystal is labelled.

Later he said the audio was fine and the carrier very low (we've very close).

Anyhow, for me, this is a great achievement. I guess the next logical step is to build a receiver for the same frequency and a better arrangement for switching between transmit and receive - it currently involves plugging and switching.
Posted by Peter Marks at 12:29 PM