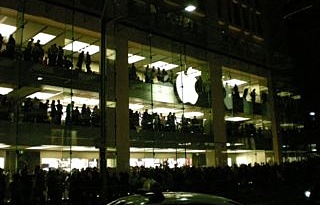 What a pity they don't have any iPhones just yet.
Posted by Peter Marks at 9:03 PM