WTF Adobe - so many processes! 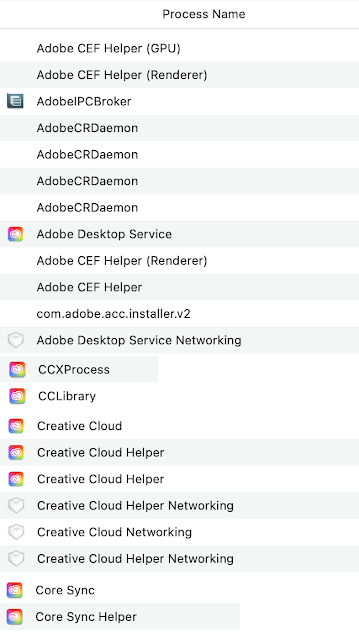 My wife had to install Adobe Acrobat on a shared Mac for her Uni work and I'm astonished at all of the processes this has added to the system.

My guess is that there's even more that I didn't recognise in Activity Monitor. The processes seem mostly idle but it's hard to understand why they are all required for something that just views and does some proprietary editing of PDF documents.

Most annoying is that in my account I now have a menubar button (no, it's not a menu) that if clicked asks me to log in to Creative Cloud. I hate you Adobe.