I've been following the progress of an open source SDR transceiver, the T41-EP, from Albert Peter and Jack Purdum for some time. It's a great contribution but the author's understanding of how open source normally works is a little unusual.

HFSignals new SDR transceiver, the sBitx, is available to early adopters. The radio has a large graphical touch screen that shows a waterfall. Inside there is a standard Raspberry Pi which is set up as the software development environment - great idea!

Here's my video of unboxing the sBitx, tuning around and having a not great first contact.

Later, on a different (more resonant) antenna, I did not have RF feedback trouble. It might be that the SWR is quite critical. The operation manual says "At times, with high enough gain and high SWR, RF can get into the mic and cause self-oscillations. Monitor the modulation on the display if you are setting the mic above 50 to be sure that it doesn’t happen."

The source code and circuit diagrams are here on GitHub. 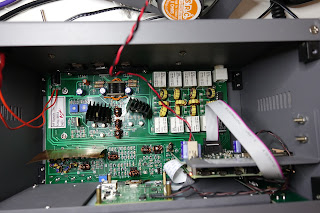 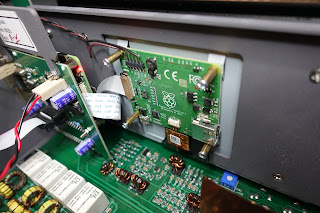 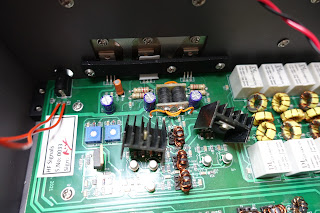 There is discussion about the sBitx in the Bitx20 group (which should probably be re-named).

Having a computer inside that can be internet connected opens up all sorts of interesting possibilities for this platform.

Since the original unboxing video, where audio stopped, I have updated the software to 1.1 and that problem hasn't re-occurred.

On the RF feedback... I was using my off centre fed dipole. Reading the ARRL Handbook I saw that command mode suppression on the feed line is "essential". This has now been added. I guess my normal (commercial) radio is more forgiving.

This looks like an amazing open digital and RF platform, let's hope it gets as much experimentation as the Bitx rigs did. 73 Paul VK3HN