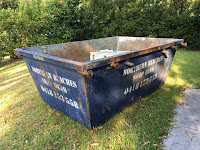 So many bags! Every size, every configuration. What madness is this?
Posted by Peter Marks at 7:44 AM

We did this when moving from Melbourne to Sydney. Many old project items got taken to an auction at the new HackerSpace, with proceeds going to the venture. It was good to see things go to folk who might use them, and good to help the HackerSpace get launched.