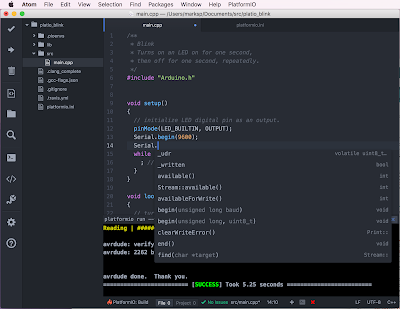 Installing on MacOS "just worked" but that's probably because I already have Xcode installed. On Linux I needed to install clang to get code completion going, but the IDE told me what was missing. I'm sorry I can't help Windows users.
Posted by Peter Marks at 2:46 PM