Reading a GPS with Arduino 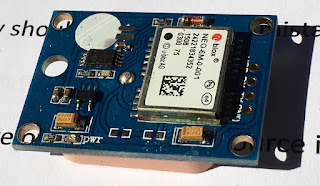 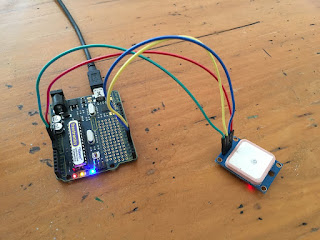 Even inside the house it found 7 satellites (I’m not sure if that’s the max).

I used the TinyGPS++ library https://github.com/mikalhart/TinyGPSPlus/releases

The "Device" example was my start. Turned out that my GPS baud rate is 9600.

When I first built the gps example the compiler printed some warnings (something about can't inline a static) while building the software serial library. At first glance these looked like errors but in fact they were just warnings and once built the first time all was clean on subsequent builds.

I've heard other hams complaining that the library they want to use won't work with the latest Arduino IDE and to overcome errors they resorting to running old versions of the IDE to overcome these problems - which of course leads to other incompatibility problems.

Struggling a bit with number to string conversions but starting to drive a little display now: 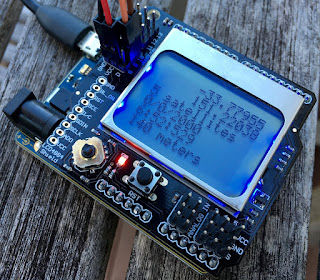