A great meeting today at Dural. Perhaps it was the weather but the biggest turn out I think I've seen.

The topic of the day was switched mode power supplies, but regrettably I had to rush off to be a taxi so missed all but the start of that part. There were two great 'show and tell' presentations about valve transmitters. 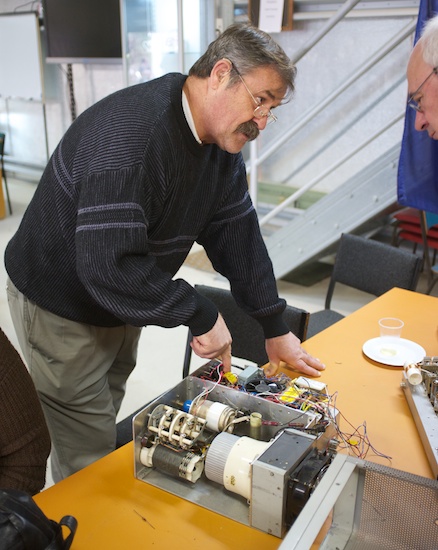 It had not occurred to me how valuable microwave ovens are as a source of components and particularly high voltage, high power power supplies.

I brought along my little 40m AM rig but it looks terrible next to Stephen, VK2BLQ's wonderful construction style: 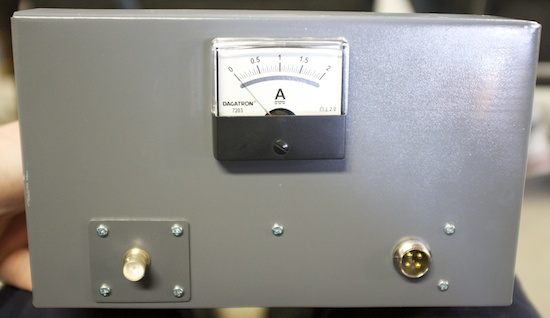 But just look at the board: 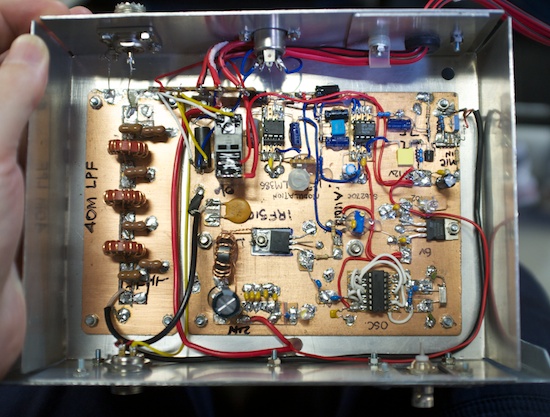 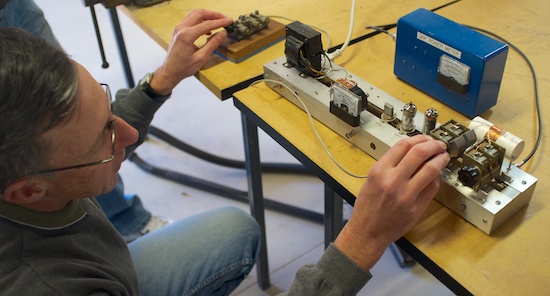 One of the speakers said that he'd been ringing Drew Diamond with questions about the design he'd built - sounds like Drew was taking calls and answering enquiries with good humour - what a national treasure that guy is!

Peter, VK2EMU, brought along the nifty KN-Q7A SSB 40m transceiver for under $200, which does look like a nice robust little radio for camping or emergency use.

Great to catch up with everyone and I'm looking forward to Winterfest on August 26th.
Posted by Peter Marks at 5:20 PM