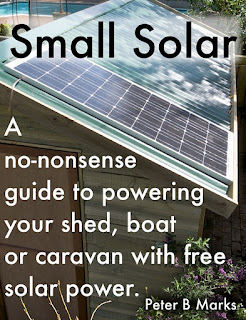 Meeting my objective of having the new ham shack powered totally from solar energy proved to be a little less straight forward than I had imagined.

Along the way, I did a lot of research, talked to some very knowledgable people, visited some shops, attended an expo, and did some experimentation of my own.

An outcome of all this is that I've collected all my notes on solar panels, charge controllers, batteries and the sun; and published them as a low cost (under $3) electronic book.

This post is about how I made the book and got it out there.

I wanted to make the book available in the Apple iBookstore and Amazon Kindle. If you are not American it's difficult to publish through Apple's book store, basically you have to get an IRS (tax) number and that seems to involve sending your passport to Texas. They strongly suggest you go through an aggregator, as I already have a paper book on Lulu that was the obvious choice.

If you upload an ePub book, Lulu can distribute to Barnes & Noble Nook as well as Apple.

The book was created from the ePub template in Apple Pages. Pages can use the first page as the cover art but everywhere I've published they basically get you to make a cover design anyhow and ignore that embedded cover.

While Lulu can allocate you one of their ISBNs, your book is then listed as being published by Lulu, so I paid the $55 + $40 to get my own Australian ISBN (the $55 is a one time fee). 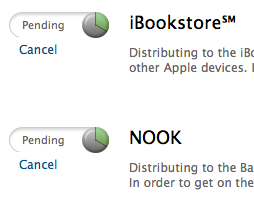 Uploading to Lulu is very smooth but I'd make your cover locally as a Jpeg rather than using their simple web-based tool. Lulu has yet to get the book into the iBookstore or B&N even though weeks have gone by. No idea what the hold up is but I'm not alone. Looks like there's a blockage somewhere at the moment.

My book was rejected the first time because I neglected to title the book in the form "Title: subtitle text here exactly as on the isbn". 24 hours later that was sorted.

Customers could buy the book on Lulu, download the ePub, and drag it to iTunes but that's hardly ideal and I look forward to seeing it in the actual store.

To publish to the Kindle store on Amazon you go to Kindle Direct Publishing (KDP). KDP will accept books in Word, ePub, Text, Mobipocket (.mobi), HTML, PDF, and RTF. I uploaded my ePub but Amazon's converter lost the table of contents and either lost or mangled images.

You can download some useful tools from amazon: Kindle Previewer App and KindleGen.

I found that the unspeakably ugly Calibre did a better job of converting ePub to .MOBI and I particularly like the ebook-convert command line tool which makes it as easy as this:


The output looks pretty good on a small greyscale Kindle although there are things to learn about writing for a small screen, tables aren't supported and titles need to be short to avoid unsightly wrapping.

I'd be charmed if someone would buy a copy. It's available now on Amazon and Lulu. Hopefully it will end up on iBookstore eventually.

I'm happy to report that the book is now available in the iBookstore. 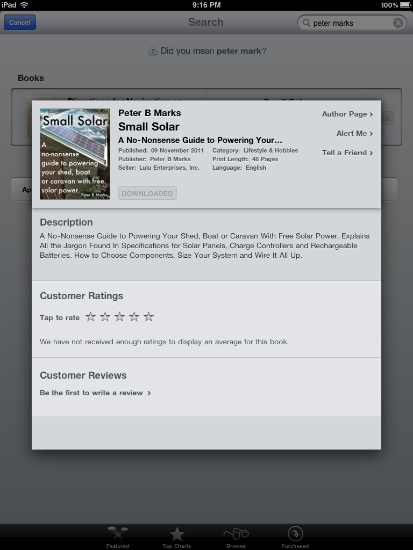 I found it on the iPad and it looks good. (Pardon my excitement). Nook is still pending at this point.
Posted by Peter Marks at 10:15 PM

Congratulation for achieving your goal and getting your book to iBookstore. You have achieved one step and all that is left is to advertise and market it well and hopefully get excellent feedbacks.
I too would be checking your book out since I have a lot of interest in solar panels and in solar energy.
Kudos to you! And good luck. :)