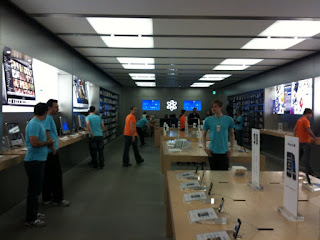 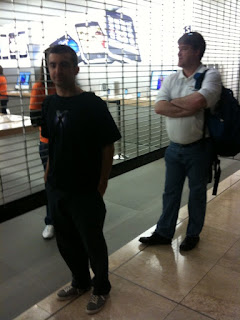 Sometimes, for a developer, a clean install might be more straight forward.
Posted by Peter Marks at 3:34 PM

I installed Snow Leopard on my MacBook Air and the install failed half way through. Upon running the Snow supplied Disk Utility I had a disk issue that it could not repair (some node missing I think).

Given the progress of the install (I was updating over the top of 10.5) I had no option but to reformat the disk and do a clean install. I could not boot back up into 10.5 because it wasn't offered as a bootable partition. I may have been able to boot off the 10.5 DVD and then save my data I suppose, but the data on the machine wasn't critical to me.

Given that my MacBook Air is not my main machine I didn't lose anything other than the time taken to rebuild the machine (about a day all up).

The moral of this story is to run Disk Utility and verify the disk *before* performing an OS upgrade. I don't think that Snow Leopard caused any issue here; I think I had the disk problem anyways.

Of course you should also have a backup of your data in particular if it is important to you.

I will be updating my main machine (a Mac Pro) once I am fully satisfied that I have this MacBook Air to stand in as a failover for work if required. The Pro has all of my data on a separate disk though i.e. the OS is on its own disk. This should help. In addition I have Time Machine and a few other backups. It'll probably be ok, but this MacBook Air experience gave me a little wake up call about my backups!

Other than the above incident I'm enjoying Snow Leopard. It is snappier for sure.

I upgraded my daughter's Air from Leopard to Snow without any trouble. I was using remote disk for the installer and I just think that feature is amazing.

It took longer, a bit over an hour, but it was fine.

Well if you found a solution to the problem with your HP LaserJet 1022 and Snow Leopard: Would you be so kind to post a link to the driver that you had sucess with? That would we somehow reasonable, woudn't it?

I wasn't trying to be obscure, it's just not easy to link to a download on HP's site.

I installed that and then printing was able to find it.