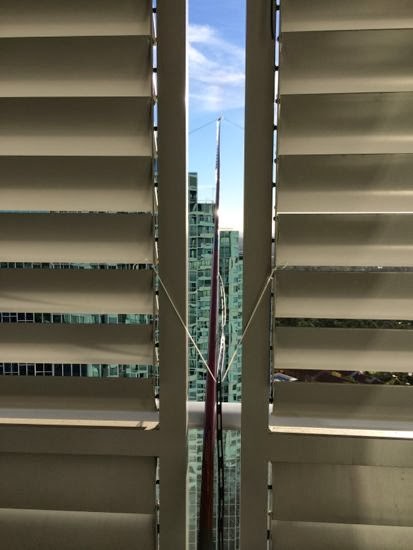 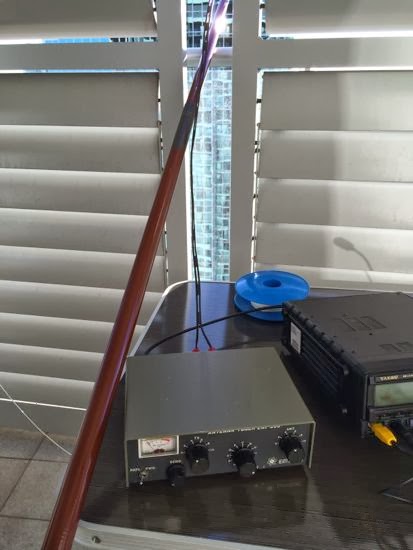 Once again, using a squid pole to push the antenna out from the building makes a huge difference compared to being on the balcony with concrete and metal all around. I'm up high enough and the squid pole and antenna is thin enough to be virtually invisible from the ground.
Posted by Peter Marks at 6:38 PM